A Bitter Pill: Birth Rates Fall, But It's No Reproductive-Rights Victory - Ms. Magazine
Skip to content 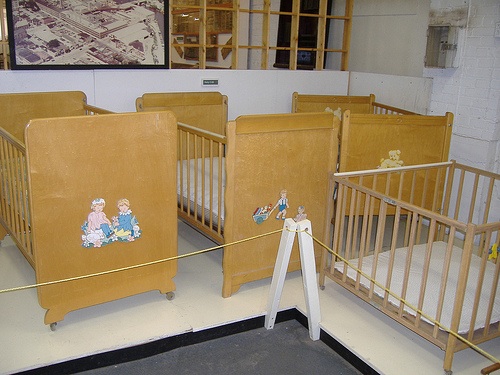 It seems that the Great Recession may have done for America’s teens what countless hours of puritanical preaching have failed to: dissuaded them from having babies.

In fact, according to the Washington Post, fertility has been falling for women across the age spectrum at rates unseen since the era of Roe v. Wade (when, incidentally, the country was also grappling with an economic crisis):

The general fertility rate fell from 68.6 births per 1,000 females ages 15 to 44 to 66.7 in 2009, and the total number of births fell from 4,247,694 to 4,131,019, That trend appears to be continuing into 2010, according to early statistics collected between January and June of this year. The overall drop pushed the fertility rate to about 2.01, a 4 percent drop from 2008. That is the largest decline since 1973 and put the total fertility rate below the level needed to sustain the size of the population for the second year after being above the replacement rate in 2006 and 2007 for the first time in 35 years.

Every up- or down-tick in teen births inspires heated debate over sex education practices. Abstinence-only groups attribute the decline to virginity-promoting, abstinence-only sex ed. But this approach has been roundly discredited by research showing that it’s typically ineffective at best and can even increase risks for vulnerable groups like LGBT youth and young women of color [PDF].

On the other side, progressive sex-ed activists (and most research) say effective contraception and informed decision-making are the keys to controlling fertility. Since taking office in 2008, President Obama has poured almost S200 million into comprehensive sex-ed programs (which recognize that teenagers have sex and inform them realistically about their options). However, many of these programs are still being implemented, so it may be too soon to credit them for the downturn.

What’s sure is that teenagers are using birth control. John Santelli of Columbia University’s Mailman School of Public Health told the Post that the preliminary data indicates that “improved contraceptive use is again driving the decline in teen birth rates.”

The real lesson may be that for women of all ages making reproductive decisions, economics weigh even more heavily than high school sex-ed lessons.

2009 research by the Guttmacher Institute shows that a combination of personal financial crisis and weak spending on social services constrain reproductive choice in subtle ways. Supporting a family is a major economic investment. In tough times, the delay in childbearing may reflect more fear than free will:

Meanwhile, women may find it harder to exercise reproductive choice as resources dwindle:

Whether you’re looking to get pregnant or to avoid it, the sheer economics of negotiating choice today militate against reproductive freedom. Education and access definitely complicate girls’ ability to make informed choices, but we shouldn’t let the sex-ed wars in Washington obscure the deeper social consequences of the economic crisis for all women.

In the context of a global recession, the demographic shift doesn’t necessarily mean women are becoming more informed or empowered about family planning decisions. If anything, a sour economy makes the struggle for reproductive justice even more bitter, especially for women already facing chronic barriers of race and class.

As James Wagoner of Advocates for Youth, which champions comprehensive sex education, told the Post:

We certainly don’t want recession to be the most effective form of birth control in the U.S. … We still need structural reforms in sex education, contraceptive access and pragmatic public policies to ensure a long-term decline in the teen birth rate–during good economic times as well as bad.

The Obama administration has begun to take a more enlightened approach to teaching youth about sexuality. But if the government is really committed to confronting the economic, cultural and gender dimensions of reproductive health, it can’t marginalize family planning by divorcing it from social and economic policy. Fewer teen births may well be a positive indicator of more sophisticated sexual choices, but they are just one dimension of a deeper problem that the recession has exposed. For women who are struggling just to survive, the meaning of “choice” goes beyond legal rights or access to health care: It’s about having the resources to control your economic and reproductive destiny.