To Drown, or Not To Drown, Barbie - Ms. Magazine
Skip to content 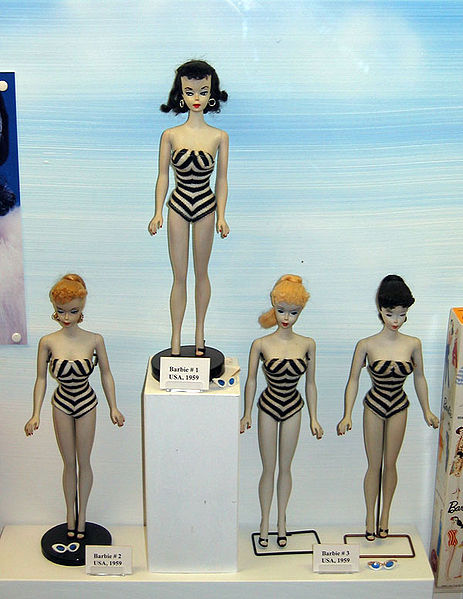 Yesterday we introduced a project called “Drown the Dolls,” an art exhibition by Daena Title opening in Culver City, Calif., this weekend. Title’s work presents photographs and paintings of Barbie, that constrictive feminine icon, drowning in a backyard pool.

Title’s aim with this project was to free herself, through the symbolic act of drowning Barbie, from the compulsory and impossible patriarchal standard of beauty that Barbie represents.

So far, the project has received mixed reviews and interesting feedback here on the Ms. Blog. Some readers are thrilled with the project; commenter Sayantani16 called it “absolute genius.” Others have shown concern over the violence implicit in the act of drowning, symbolic or otherwise. Heather Lea Soersdal says, “Is no one else a little disturbed by the violence toward female images here? Maybe we should be drowning patriarchal figures instead.”

What do you think? Is “drowning” any woman, even an unrealistic doll, too violent to be feminist? Or does putting Barbie underwater help us put patriarchal pressures in perspective? And is Barbie inherently oppressive, or can little girls play with Barbie without absorbing harmful messages?

Here’s what the artist has to say:

Title is interested in hearing other women’s stories about Barbie and starting a conversation, via YouTube video, about the impact of Barbie on real women’s lives.