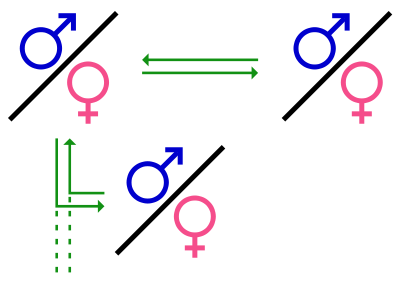 The British Columbia Supreme Court is currently undertaking a fascinating and controversial review of Canada’s polygamy law, which has outlawed the practice since the 1890’s. The law is under review for possible violation of religious rights guaranteed under the Canadian constitution.

Polygamy–whereby an individual (man or woman) has more than one spouse–has long been a divisive issue, not least because it is considered bad for women, sometimes leading to early and forced marriage, incest, pedophilia and other abuses.

Although the practice is widespread across cultures, we know it best in North America as characterized by the Fundamentalist Church of Jesus Christ of Latter-Day Saints (FLDS), a Mormon offshoot.  In 2008, more than 500 women and children were removed forcibly from the FLDS Yearning For Zion ranch in Texas over suspected abuse. Characterized by images of women with ubiquitous French braids, drab-colored dresses and scads of children in tow, such large FLDS communities have come to epitomize polygamy, with residents living cloistered from, and oftentimes outside the legal jurisdiction of, the rest of society.

But is polygamy inherently bad for women?

The practice of taking numerous spouses, in and of itself, doesn’t seem to be the root cause of the problem. After all, there are clear examples of polyandry (in which one woman has several husbands, as opposed to polygyny, with one man and several women), but abuse and oppression of men in these cases rarely, if ever, comes up.

Perhaps instead, the problem with polygamy (or, really, polygyny) is that the legal structure of marriage codifies an underlying discrimination against women.  Reports from polygamous communities often point to early and forced marriage, in which the institution of marriage serves as both a shield for, and weapon of, sexist behavior.

Also, polygamy is often practiced secretively and in cloistered religious communities that exist quite literally outside the norms of broader society. This situation can create impunity for those men who are abusing women.

The uneasy tension between religious freedom and the rights of women lies at the heart of the current case in Canada, which concerns two Mormon fundamentalist polygamist factions in Bountiful, British Columbia.

One of the more lucid points made so far in the trial was by religious studies professor Lori Beaman, who testified, “Don’t look to stereotypes when deciding the fate of polygamy law.” While polygamy has a grave track record when it comes to women’s rights, we should at the same time be wary when people invoke the ‘feminism card’ when a practice happens to lie outside religious and cultural norms.

Very often, it’s religious minority practices that are especially flagged as being harmful. Religious majorities don’t tend to come under the same scrutiny.

While it’s established that polygamy can be a source of oppression for women, to over-simplify the practice and  construe it as necessarily generating abuse seems unproductive. Instead, by attending to the nuances of experience and relying on women’s voices themselves–the Canadian hearing is including  a range of dissonant testimonies–we might be more successful in both rooting out the causes of harm and raising tolerance for alternative lifestyles.

If we are going to pull out women’s rights as the issue here, making the legality of polygamy about the unjust tolerance for women’s rights abuses, let’s really make it about that, across the board.  Let’s use polygamy as one example where oppression remains (albeit perhaps not unilaterally), and an entry point into honest discussions about the many others.

The U.S. Is Failing Women and Girls at the U.S-Mexico Border
Why Marie Kondo Failed to Spark Permanent Joy
Now Is the Time for Asian American Women Like Me to Break the Taboo on Intimate Partner Violence