Was the Shooting of Giffords a Hate Crime? - Ms. Magazine
Skip to content 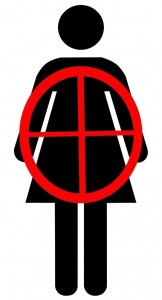 Although Jared Lee Loughner’s attempted assassination of Gabrielle Giffords raised many questions about how the polarized political environment may have motivated this mentally disturbed young man, one aspect of the Tucson massacre that has received little attention is misogyny.

Loughner left behind several notes, including one that read “die bitch”–a gender slur that implies Giffords may have been targeted because she is a woman. Because gender slurs have become so acceptable in U.S. society, most people fail to recognize them as slurs at all. But imagine the headlines if Loughner had targeted a black member of Congress and left a note reading “die n****r,” or a gay member of Congress with the note “die f*g.” In those cases, the racist or homophobic aspect of the story would be mentioned in every article on the subject!

Other evidence, too, suggests that Loughner targeted Giffords because she was a woman. According to friends and acquaintances, he had become “contemptuous of women in positions of power” in recent years. Tellers at the local bank report that Loughner made openly sexist comments about how women should not be able to hold positions of authority, especially when they denied one of his requests. Some tellers would position a finger on the alarm button whenever he approached. And while Loughner exhibited disruptive behaviors in many of his community college classes, his level of hostility toward one female professor over a grade was such that she felt physically threatened and requested campus safety be present during class.

Loughner had previously met Giffords in 2007 at a “Congress on Your Corner” event. He asked her, “How do you know words mean anything?” and Giffords, assuming Loughner was referring to bilingual issues, responded with a few phrases in Spanish. The young man was angered by her response and reportedly told a friend that Giffords was “stupid and unintelligent.”

So it is not unreasonable to assume that Loughner targeted Giffords because she is a woman in a position of power. If so, his crime falls under federal hate crime legislation, which regulates crimes that target members of protected classes (i.e., race, religion, ethnicity, gender, sexual orientation, gender identity and disability). Officials at the Justice Department could inspire a national dialogue about crimes motivated by the hatred of women if they choose to enforce this law in the Giffords case.

The fact that few media reports note the obvious misogyny at play in this case is a testament to the fact that sexism is so ingrained in U.S. culture that it’s not even worth mentioning.