Let's Hear it for the Women Oscar Nominees - Ms. Magazine
Skip to content 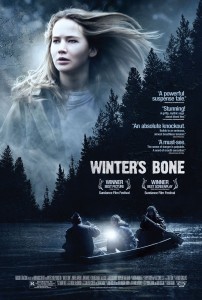 In most media coverage of the Oscars, whether a woman wins one of the statuettes seems almost secondary to whether her “look” at the Academy Awards–designer dress, fancy-coiffed hair, glittery borrowed bling–is deemed a hit or miss. While we at the Ms. Blog can’t help but make our own snarky comments about Oscar-night garb (women’s and men’s), we’re more concerned about whether women are well-recognized by, and given opportunities within, the U.S. film community.

That said, we’re mostly excited (though occasionally disappointed) by the nominations that were announced today. We won’t repeat the Best Actress/Supporting actress nominees, but here’s how women fared elsewhere:

First, the disappointments (and old stereotypes)

–A year after Kathryn Bigelow’s big Oscar win as Best Director, no women were nominated in that category this year. There are also a number of other Oscar categories that have no women nominees–cinematography, musical score, visual effects, best animated films (short or long). Some of these categories seem to remain boys’ clubs: No woman has ever been nominated in cinematography, and only two women composers have won Oscars for Best Score.

–On the other hand, costume design is a female ghetto this year (a little surprising considering that at least half, if not more, of the big names in fashion design are men), and four out of the five nominated set decorators within the overall category of Best Art Direction (plus one production designer) are women. I guess we’re good at clothing and interior design!

Several Oscar categories other than Best Actress/Supporting Actress have one or two woman nominees:

–makeup (Yolanda Toussieng for The Way Back)

–Best Song (Hillary Lindsey is one of the writers of “Coming Home” from Country Strong, and Dido is a lyricist for “If I Rise” from 127 Hours)

And the best news is that ….

–Two of the best-picture nominees, Winter’s Bone and The Kids Are All Right were directed by women (Debra Granik and Lisa Cholodenko), even though the directors weren’t individually nominated. Considering that Best Picture has been expanded to include 10 nominees, at least five directors of any gender have to be slighted each year.

–One of the best foreign film nominees was directed by a woman, Danish filmmaker Susanne Bier’s In a Better World (which won the Golden Globe this year).

–Women rocked the short documentary category, with four of the five nominees directed by women: Poster Girl by Sara Nesson; Sun Come Up by Jennifer Redfearn; Strangers No More by  Karen Goodman (with Kirk Simon); and The Warriors of Qiugang by Ruby Yang. (Stay tuned to the Ms. Blog for more on Poster Girl, about a female Iraqi war combat veteran, in coming days.)

–Women producers received plenty of kudos from Oscar nominators. They produced three of the Best Picture candidates–Emma Thomas for Inception, Darla K. Anderson for Toy Story 3, Celine Rattray for The Kids are All Right and Anne Rosellini and Alix Madigan-Yorkin for Winter’s Bone. (We’re particularly excited about Madigan-Yorkin’s nomination, since she is the daughter-in-law of Peg Yorkin, cofounder/chair of the board of the Feminist Majority Foundation, which publishes Ms.) Women also produced three of the feature documentary nominees (Trish Adlesic for Gasland, Audrey Marrs for Inside Job and Lucy Walker for Waste Land) and one of the nominated live-action shorts (Samantha Waite for Wish 143).

If I’ve left anyone out, please let me know. Meanwhile, best of luck to these nominees at the Academy Awards ceremony February 27, and may the best women win!