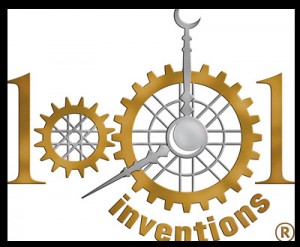 I was going to write an essay about the Muslim inventors showcase 1001 Inventions–the big, splashy exhibit at the New York Hall of Science till April–but then there was a massacre in Tucson. Since the attempt on Congresswoman Giffords’ life called to mind the ghastly and vicious intolerance that has come to describe American political discourse (no, I’m not blaming Caribou Barbie’s insane target map, though there’s a reason why she popped into everyone’s head when the catastrophe happened), I thought I might use the public’s positive reaction to 1001 Inventions as an example of tolerance. How long that tolerance is going to last I don’t know.

According to 1001 Inventions, while Europe was weltering in what they call the Dark Ages, Muslims from Spain to China were inventing just about everything. Then, for some reason, everyone forgot this, and a few centuries later Europeans reinvented the same stuff.

Some of the Muslim inventors were women, as back in the day the thorough education of boys and girls was encouraged.

Best of all, the exhibit is giddily interactive. Actors, dressed in traditional Muslim costumes, walk around and gently waylay visitors, relating their stories and answering questions. Videos of the various inventors, played by some of the same actors, beckon the viewer like vendors in a market till you mash a button, pick up the telephone and listen to their stories.

Best of all, there are no anti-Muslim picketers, much less wingnut Islamaphobes. Only fascinated children and their parents, who might just learn something. All’s well.