Now YOU Can Experience Buying a Girl! (Don't Worry—It's for Charity!) - Ms. Magazine
Skip to content 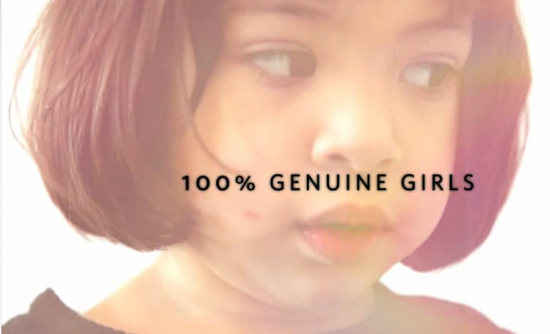 Today in totally misguided philanthropy, we have “The Girl Store,” a presumably well-intentioned girl empowerment project that—for some utterly illogical reason—masquerades as a child pornography site.

Head on over to The Girl Store and you’ll be greeted by shaky footage of a disheveled Indian girl smiling bashfully as an unknown cameraperson pans up and down her body, lingering on her little hands, before finally settling on her face. The accompanying text reads:

100% genuine girls
…young…
…innocent…
…and available.
Experience the sensation of buying a girl
….her life back.

…Buy a girl before someone else does.

In case that disturbing, voyeuristic intro didn’t clearly communicate the website’s purpose, let me clarify: It sells school supplies. To whom it sells these school supplies is debatable, but let’s just give the site’s creators the benefit of the doubt and assume that they’re not trying to exclusively solicit donations from internet pedophiles. (While we’re at it, let’s also assume that the homepage—which features a number of miserable-looking little girls swaying against a white backdrop—isn’t supposed to resemble an auction block.) But that said, why does the sale of notebooks and pencils warrant the clear and deliberate eroticization of small children? Is the video suggesting that the alternative to education is sexual abuse? Is it supposed to make us—the hapless and happy-go-lucky consumer—feel complicit in that sexual exploitation? Or are we just supposed to feel creeped out? Most importantly, what the hell does this have to do with school supplies?

According to the website: everything. The Girl Store, so the website claims, is “the first e-commerce site where purchasing school supplies help girls avoid being sold into marriage or sex slavery.” That is quite a statement. Of course, no one bothers to explain how a $14 pencil case or Hannah Montana backpack (yes, it sells these actual products) somehow deters sexual predators, let alone saves them from being “sold for…terrorism.” (I, for one, would like to know whether wearing the Hannah Montana backpack is enough to stave off the villainous, or if the ridiculously overpriced pencils double as a weapon.)

Granted, educating girls—whether in the U.S., India or elsewhere—is crucial to fostering gender quality and creating economic opportunities for women across the board. But how does purchasing a handful of school supplies handily solve the rampant global problem of human trafficking or the much less visible—though similarly pervasive—sexual abuse of children within the home? It’s an outrageous and absolutely erroneous notion, and one that implicitly places the onus of personal safety on the child rather than on her family, her community, or the potential perpetrator.

A child doesn’t, after all, willfully resort to prostitution or slave labor because she is uneducated. She’s forced into it, by an impoverished and misguided family that regards her as an asset or as a burden, or by others who view her as a commodity that is always in demand. The people who would abuse and exploit her would do so without regard for whether she could read or write—and whether or not she had the luxury of doing so with overpriced implements. Financing an underprivileged girl’s education, while powerful on an individual level, does nothing to change the structural factors and systemic problems that underlie the sexual commodification of women and girls. Claiming otherwise for the purpose of hawking cheap wares—even charitable wares—is not only irresponsible but unscrupulous.

It’s apparent that the creators of this project are striving for the the edgy, viral appeal of the similarly oversimplified (but much less pernicious) “Girl Effect” marketing campaign that we all know and love (and loathe, in turns). But it’s one thing to assert, as the Girl Effect does, that buying a cow for a girl will solve community poverty, hunger and gender inequity, and quite another to peddle to a Hannah Montana backpack as the simple solution to sexual slavery (I’ll leave the obvious anti-globalization critique to someone else). The fact that this project so calculatedly exploits the sexualized images of young girls, purportedly to combat the sexual exploitation of young girls, adds insult to injury.

The Girl Store opened a brick-and-mortar storefront in New York City this week, so Manhattanites may have the privilege of protecting a Third World girl’s honor for the mere cost of a latte. I wonder how many school supplies one could purchase with the cost of commercial rent in NYC?.

Photo via The Girl Store.