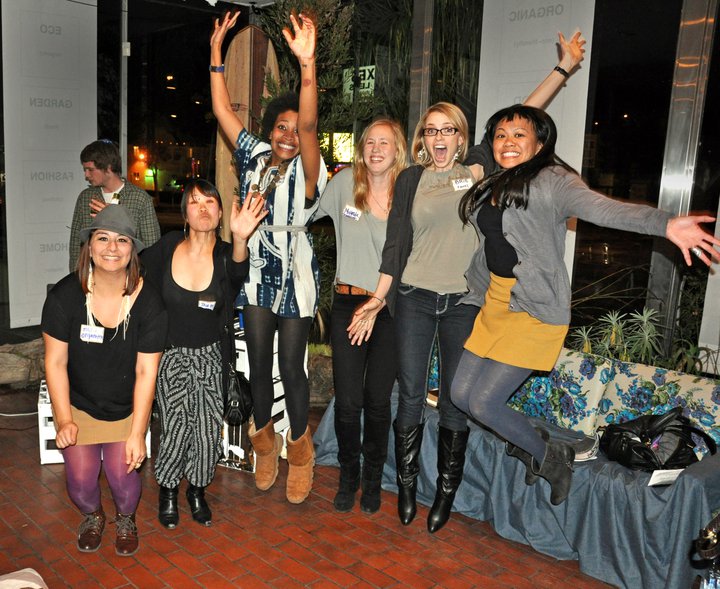 When young feminists take the mic, what do they have to say?

Plenty–at least at the recent “Young Feminists Speak Out” event in Los Angeles. After moderator Miranda Peterson asked panelists what they think are the most salient feminist issues of the day, she received a wide range of responses.

“Poverty,” said Jollene Levid, national chairperson for The Association for Filipinas, Feminists, Fighting Imperialism, Re-Feudalization and Marginalization (AF3IRM, formerly known as Gabriela Network). She described, for example, how young women–often immigrants– enter the military because they cannot afford a college education. “Immigration is laced into poverty and militarism,” she pointed out.

“Undocumented women,” said Myra Duran, a national campus organizer for the Feminist Majority Foundation. “Our undocumented sisters are facing barriers [that] mainstream feminism should recognize,” she said, among them the difficulty in attaining reproductive or prenatal healthcare.

“Body image,” said Brianne Widaman, president and founder of Revolution of Real Women. In light of this, her slogan “Be the media you wish to see in the world” conveys the message that women and girls should work to change the image of beauty and femininity that is daily projected to them, especially in “the image-making machine that is Hollywood.”

“Holistic feminism,” said Tani Ikeda, director and co-founder of imMEDIAte Justice, which trains young women in media literacy and sexuality education. She described feminism as an evolving concept and practice that poses difficult questions to women, requiring in-depth exploration to promote growth. “We need to see how our critique of feminism and our relation to it is a form of love,” said Ikeda. “It causes a lot of chaos but [in the process] it is furthering it up to another level.”

“Intersectionality,” said Melanie Klein, professor of sociology and women’s studies at Santa Monica College and founder of the blog Feminist Fatale. She was speaking  of the popular feminist notion of “intersectionality”–the interplay of race, class and sexual orientation (among other factors) along with gender. Said Klein, “We all exist with these in our social identity. We can no longer look at oppression only in terms of gender.”

Panelists were also asked an intriguing question about the public image  of the feminist movement:

Duran and other panelists felt that having only one “face” symbolizing feminism threatens to flatten the differences between women in richly diverse communities such as Los Angeles (and Steinem herself would certainly agree). Duran suggested that many different faces need to come forward and represent an evolving understand of feminism. “In our own respective communities we will have our images, our ‘figures,’” she said.

Morgane Richardson, founder of Refuse the Silence, helped organize the panel in order to “get a network started” and “highlight people of the West Coast in the feminist blogosphere.” She also hoped it would create solidarity and accessibility among feminists in Los Angeles, stimulating conversation rather than easily answering questions. “I hope that it is the first of many to come,” she said of the event.

If you are interested in contacting any of the panelists or moderators, feel free to click on any of the links above, or visit: http://www.morganerichardson.com

You can also watch a short video overview of the event  here.

Rina Cervantes is a recent graduate from UCLA in Women's Studies and English. She has recently joined Ms. Magazine as an intern in New Media and Public Relations. She also sings professionally and is currently working on her first album in the genres of R&B/Soul. When she is not writing prose or making music, she enjoys spending time with her two-year-old daughter.