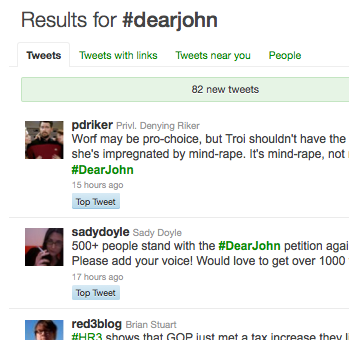 Less than a week after news broke about the introduction of the term ‘forcible rape’ into the Republican-proposed No Taxpayer Funding for Abortions bill, the bill’s authors have backed down and removed the provision. The new definition of rape would have excluded such crimes as date rapes and drug- or alcohol- related rapes from an exemption that would allow federal funding for rape victims’ abortions.

A spokesman for the bill’s author, Rep. Chris Smith (R-N.J.), says the modifier ‘forcible’ will be dropped so that the exemption covers all forms of rape, as well as cases of incest and the endangerment of the life of the [woman].

The word forcible will be replaced with the original language from the Hyde Amendment, Smith spokesman Jeff Sagnip told POLITICO, referring to the long-standing ban on direct use of taxpayer dollars for abortion services.

If the original definition would have been approved, says Loyola Law School professor Laurie Levenson, there would have been “great confusion regarding rape, and a denial of benefits to some of the most vulnerable women, such as underage girls and mentally impaired rape victims.”

The nail in the rape provision’s coffin might have been this Daily Show report by Kristen Schaal. Check out the video.

Though the removal of this clause is a victory for those participating in the #DearJohn campaign on Twitter, the bill itself is still an assault against basic human rights for women. As Jeanne Clark reported here on the Ms. Blog, the bill will still make permanent the Hyde amendment prohibiting federal funding for abortion (currently the prohibition must be renewed each year) and will eliminate tax benefits for any private health insurance plan that covers abortion–about 86% of plans. The effects of this would, Clark says,

make families pay more in taxes for health plans that cover abortion, make health insurers reconsider whether to provide abortion coverage, and make it even more difficult for those who rely on government support for their health care to receive abortion services if they’re pregnant from rape or incest.