Why Sexual Violence Against Latina Farmworkers is a Hate Crime - Ms. Magazine
Skip to content 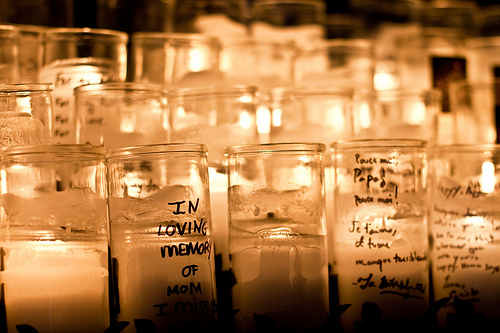 This week, two high-profile trials involving the racially motivated murders of Latinos in Pennsylvania and Arizona are exposing the unsettling implications of growing anti-immigrant sentiment.

The trial of Minuteman border vigilante Shawna Forde, and two other individuals charged with the 2009 murder of a nine-year-old Latina girl and her father, began this week in Arivaca, Arizona. Julianne Hing at ColorLines reports that Brisenia Flores was shot twice in the head by home invaders allegedly enlisted by Forde, who is accused of sanctioning racially motivated home invasions to finance (via robbery) her border patrol activities. Flores’ parents were also shot, but her mother, Gina Gonzales, survived.

As Hing notes, Forde had strong ties with both the Tea Party movement and prominent anti-immigrant groups, including the influential conservative think tank Federation for American Immigration Reform (FAIR):

Forde had a habit of ending her emails with the sign off, “Lock and Load” and had close ties with tea party groups. She was involved with the Minutemen American Defense—her supporters claim she was once a Minuteman National Director—a loose affiliation of anti-immigration border activists who took to policing the border on their own with guns and surveillance equipment. Forde has also had ties with the anti-immigrant Federation for American Immigration Reform. These groups have all been labeled hate groups by the Southern Poverty Law Center.

Immigrant rights groups and Latino community advocates alike have characterized the grisly crime as part of a growing anti-immigrant hate crime epidemic plaguing many divided communities across the country.

One such community, Shenandoah, Pennsylvania, recently saw the close of another hate crime case, in which three police officers were accused of covering up the racially motivated murder of 25-year-old immigrant Luis Ramirez. As New America Media reports, a Shenandoah jury issued a split verdict against the officers who were charged with obstruction of justice, falsifying records and conspiracy for their alleged attempt to protect Ramirez’s teenage murderers. Former police Chief Matthew Nestor was found guilty on the first two counts, but found not guilty of conspiracy. Former police Lt. William Moyer was similarly found guilty of making false statements, but acquitted of all other charges, as was former police Officer Jason R. Hayes. Latino advocacy groups have characterized the officers’ actions as a stark example of politicized community leaders privileging white criminals over their Latino victims.

Change.org’s Antonio Ramirez reports that Jimenez, who was two months pregnant, died of exposure while pruning grapes on a field owned by California’s Merced Farm Labor. The company had been fined previously for violating heat regulations, but still failed to ensure that its workers received legally mandated access shade, water and breaks. Now, Merced’s owner, Maria De Los Angeles Colung, as well as its former safety coordinator, Elias Armenta, are charged with involuntary manslaughter in Jimenez’s death but, as Ramirez notes, they’ve accepted a plea bargain which would only mandate community service.

Jimenez’s preventable death highlights rampant exploitation of immigrant workers in the U.S. food industry—particularly of women. As AlterNet’s Jill Richardson reports, immigrant workers are increasingly the victims of wage theft and are routinely exposed to toxic pesticides and other hazardous conditions while women workers regularly contend with a variety of workplace sexual abuse and harassment. Richardson summarizes the phenomenon thusly:

In addition to the fondling and groping the women endured on the job, women also engaged in consensual relationships with supervisors to gain “a secure place in American society, a green card, a husband — or at the very least a transfer to an easier job at the plant.” […]

And then there’s the nonconsensual stuff: A 2008 piece in High Country News revealed that farmworkers refer to one company’s field as the “field of panties” because so many women workers are raped by supervisors. And as far back as 1993, the Southern Poverty Law Center found in its own study that 90 percent of female farm workers cite sexual harassment as a serious problem.

While the sexual abuse of (largely undocumented) women farmworkers doesn’t register as a hate crime in the same way that the racially motivated murders of Luiz Ramirez and the Flores family do, the nature of their exploitation is clearly gendered and racialized. As immigration enforcement tightens, effectively pushing undocumented workers further underground while discouraging undocumented victims of violent crimes from coming forward, farmworkers will continue to be targeted for exploitation based on their gender, race and nationality—the same criteria upon which Ramirez and the Flores family were targeted for deadly violence.

This is a project of The Media Consortium, a network of leading independent media outlets.