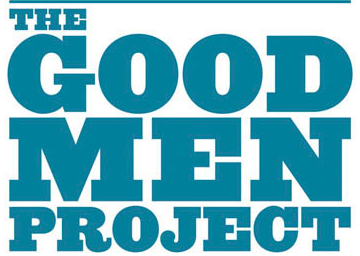 Last June marked the beginning of The Good Men Project–an online magazine that this very website described as “what enlightened masculinity might look like in the 21st century.” Now that they’ve had several months to settle into the blogosphere, I caught up with Good Men Media’s CEO, Lisa Hickey, to talk about their first half-year and the future of Good Men:

Ms. Blog: What were your initial goals for this project and how have they changed or evolved over time?

Lisa Hickey: Our initial goal for the project was very simple: It was simply to start a conversation about what it means to be a good man. The original way that we did that was through a book that Tom Matlack had put together—the defining moments in men’s lives. They were stories about these really interesting moments, whether it was the time that a husband got kicked out on the street for being a cheat and a drunk, or the time that a man discovers that his son has autism, or someone who goes off to war and then finds out he can’t live life as a civilian. Those moments where they really have to make these choices and think about what is good, what does this mean to me as both a man and a good man. That was the very simple idea that drove everything forward.

Were there other magazines that influenced you?

Mostly magazines that we didn’t want to aspire to (laughs). Part of the secondary goal was we felt that the way men are portrayed in the media these days is often not very positive. Men are depicted as cheaters, villains or couch potatoes, or dumb idiots who only want to talk about sex and sports. I don’t mean to overgeneralize it, but I think that that’s a common perception of the way the media portrays men. Part of our mission was to change that and say, ‘Hey, men are much more multidimensional than they’re portrayed.’ In the same way that feminism took the idea of women being only one-dimensional and seen as sex objects or housewives and opened up the door to have people view them as very complex, multi-dimensional people, we wanted to do the same thing with men.

What would you consider to be the defining features of a good men’s magazine?

One that talks about the often provocative subjects that people don’t normally talk about in public, gives insights to the way that decisions are made around moral or ethical issues and is not afraid of polarizing topics. That’s one thing we have learned as we’ve gone along: We are hated by both feminists and men’s rights groups a lot of times because they don’t think that we’re doing enough for either group. We embrace that. We say, ‘Great. Disagree with us, come join the conversation, write for us, let’s hear your voice.’ because we want to understand what the issues are and not judge them.

What have these groups been criticizing in particular?

What have you learned then, in the first several months of operation?

That the conversation is even more important than we originally thought, in part because of these polarizing groups and the fact that we are able to bring them together. I like nothing better than when we put an article out there and we get the opposing sides arguing amongst themselves in the blog comments.

Going to your site’s mission statement, you wrote, ‘We suppose we are a difficult magazine to categorize and that’s exactly how we like it.’ Do you think that your site can be categorized now? Or can you more properly identify the site’s allies?

I think that it’s difficult to categorize for two reasons. One is that we do have these polarizing topics and because we allow people to talk about both sides of the issue it is hard to tell which side we’re on sometimes. So some of our most controversial topics … when people have made comments that are against that topic we say, ‘Come write a post for us,’ and then we publish that post.

Do you have a favorite article?

I can’t say that I have a favorite. I think that in general, my favorite ones are the articles that are about individual men confronting something in their personal life and working through how they arrived at an insight about that. And telling that story in a very personal, narrative way. For instance, we had Gregory Sherl who writes about his struggles with OCD and we had Matt Salesses who has a column called “Love Recorded” where his first post was about the courtship of this woman who he then later married—it’s a written reality TV show.

What are the future plans for the Good Men Project?

We’d like to continue expanding it into a true media platform and not just a magazine. Right now we have everything from another film that we might make, to a play that we’re writing and hoping to produce on Broadway in the near future. So to really expand the discussion into different media channels and engage people in this discussion of what it means to be a good man in whatever interesting way is possible.