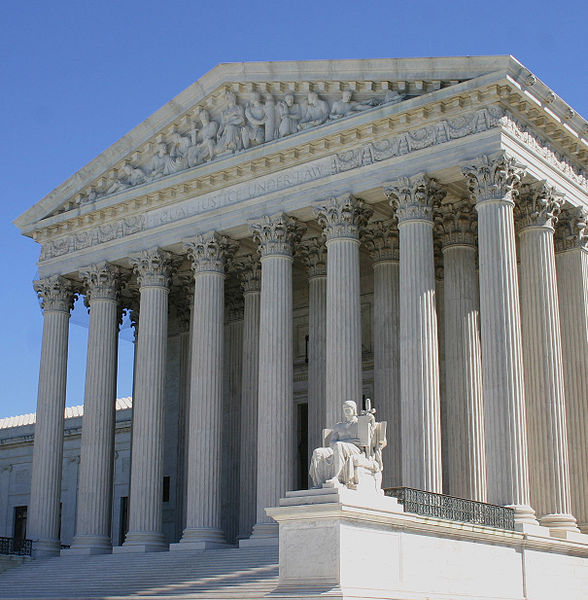 In honor of Women’s History Month, I’ll be authoring a “this day in feminist history” post in you-are-there fashion for the next 31 days.

March 1, 1961 : The final battle over legalization of birth control in the U.S. may soon be won if some questions asked, and comments made, in the Supreme Court today are any indication of the court majority’s views. The case, Poe et al. vs. Ullman, involves Dr. Charles Lee Buxton, who chairs the department of obstetrics and gynecology at Yale University. He has challenged Connecticut’s 1879 law which prohibits anyone–even physicians–from giving advice on birth control, and it bans contraceptives themselves. If someone breaks the law, he or she can be fined not less than $50 or imprisoned for 60 days to a year.

The federal Comstock Act of 1873 had classified and banned birth-control devices and contraceptive information as “obscene,” and at least 22 states passed–and enforced–their own anti-birth-control laws. But a federal appeals court ruled in 1936 (U.S. v. One Package of Japanese Pessaries) that the feds could not interfere with doctors distributing contraceptives to patients.

During questioning in the Buxton case, Chief Justice Earl Warren is particularly concerned with the harm that such a law could cause to “Jane Doe,” one of Dr. Buxton’s two patients involved in the case. Buxton’s professional opinion is that another pregnancy would threaten her life–yet he cannot legally give her information about birth control or prescribe contraceptives. Connecticut’s assistant attorney general, Raymond J. Cannon, defends the law as Warren engages him in a dialogue. Asked the Chief Justice:

If the diagnosis of Mrs. Doe is accurate and her life is to be endangered unless she receives the treatment prescribed, do you believe the state would prevent her getting such treatment ?

It is up to the Legislature to determine what is for the greater good.

Even if it is conceded the lady would die, you still hold that the state has the right, for the reasons you give, to prevent her from getting needed care?

Yes, plus the added factor that when seeking the advice she was not suffering diseases that affected her health. Pregnancy was not involved. He [the physician] may advise that if she became pregnant she might injure her health, but he can’t tell her or advise her to use artificial contraceptives to prevent conception.

Responds Justice Potter Stewart, in a way that gives encouragement to birth-control advocates and tells truth to power:

That’s like telling a patient he has appendicitis and will die unless it is removed, but not allowing its removal.

FOLLOW-UP: The Supreme Court chose not to rule on the validity of the Connecticut law in this case because Dr. Buxton was only challenging the law and had not actually broken it. Even if he had, he seemed in no immediate danger of prosecution since the law was not currently being enforced. So on Nov. 1, 1961, Buxton and Estelle Griswold, executive director of Connecticut Planned Parenthood, went a step further and opened a birth-control clinic–a clear and high-profile violation of the law they wished to test. Both were arrested nine days later and eventually convicted of violating the 1879 Connecticut statute.

This time the Supreme Court squarely addressed the issue on appeal; in the 1965 Griswold v. Connecticut case, it ruled that a right to privacy exists in the Constitution, and that it covers a married couple’s right to contraceptive devices and information. Eisenstadt v. Baird extended that same right to unmarried couples in 1972. In 1973, the privacy principle enunciated in Griswold was cited in the Court’s landmark Roe v. Wade decision affirming abortion rights. The Griswold case remains the legal foundation of reproductive rights today.