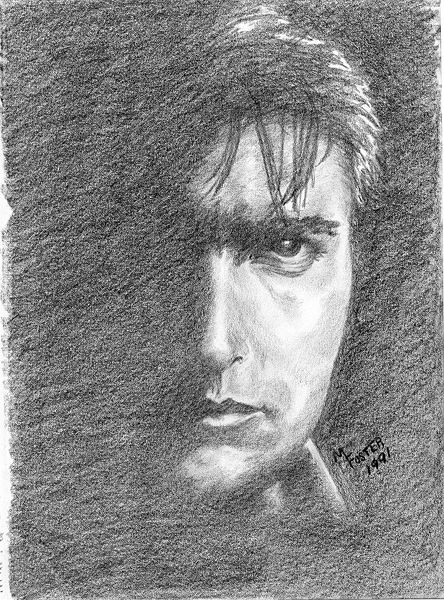 In late January, when Hollywood leading bad boy Charlie Sheen seemed to be veering off the rails, I wrote that a man with such an obvious history of abusing women should be bad for business. In the past six weeks, nothing about what I wrote has changed. Sure, he’s been fired from his hit sitcom, Two and a Half Men and given a spate of unhinged televised interviews about “winning.” But the public dialogue about Sheen’s abusive, offensive behavior towards and treatment of women remains the same: muted, at best.

The show was canned not because Sheen hurts women—surely you jest—but because he finally offended the wrong person: the show creator, whom he called a “clown” and about whom he appeared to have made an anti-Semitic remark. In the ensuing weeks, he’s publicly made all sorts of bewildering pronouncements and acted in a totally erratic fashion. His ex-wife Brooke Mueller took out a restraining order against him this week while offering further evidence of his bigotry, and their children were forcibly taken from his custody in the aftermath.

All of this finally caused some women’s blogs to take up the issue, and rightly so. But as Jezebel founder Anna Holmes wrote in a New York Times op-ed today, all of the weird, wild publicity still hasn’t actually hurt Sheen’s career. Sure, he’s down a cushy TV gig, but only a few days later, he broke a world record when he gained one million Twitter followers in less than a day. He’s now in talks to use the microblogging service for lucrative income, something a number of celebrities already do.

What’s useful about Holmes’ op-ed is that it names the obvious problem—a 24-hour news cycle that thrives when a gossip magnet like Sheen bulldozes his way through incoherent interviews—and builds on this analysis, offering insight from Jennifer Pozner’s new book, Reality Bites Back, about how reality television has numbed us all to the ways in which prime-time misogyny has become par for the course. Without a decade of conscience-numbing reality TV, we’d all be more outraged when the couples on Teen Mom resort to physical violence, or when Ronnie trashed most of Sammi’s belongings on a recent Jersey Shore episode. We’d be more outraged that women are treated as disposable props (if not depicted as money-grubbing sluts) on shows like Who Wants To Marry A Millionaire. And we’d be more outraged about Charlie Sheen’s treatment of women.

Instead, it’s treated as a joke, one more example of a larger-than-life personality, entitled to do whatever he wants because of race, gender and economic privilege. Holmes notes that in a recent interview with Piers Morgan, Sheen is eventually asked about his history of domestic violence, only to have it waved away by Morgan after a few minutes of Sheen babbling about how women should be cuddled.

Holmes’ op-ed is a terrific assessment of why all of this needs to be discussed, but how will its reach compare to Sheen’s? He’s already monopolized the news cycle this week. Even if he’s a mess, he’s still the person on whom we’re fixated. And will anyone continue to hold him accountable, to carry on a public conversation about abuse, after he’s burned out and receded back into the shadow of the Hollywood sign?