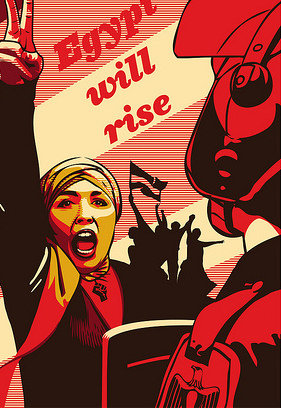 On the 100th anniversary of International Women’s Day, the Global Fund for Women (GFW) looks back over the past year and celebrates some of the extraordinary victories won by women’s movements around the world. From progressive new national and international legislation to mass mobilizations for peace, we celebrate the hard work of our grantee partners. These 10 victories remind us that despite enormous odds, women are paving the way to a more just and equal world.

1. Domestic Workers to Win Workers’ Rights: Despite restrictive working conditions and limited infrastructure, domestic workers worldwide organized, advocated for, and won a victory in June that began the process through the International Labor Organization (ILO) to extend basic labor protections to millions of women employed in other people’s homes.

2. Women and Girls Get a Strong Voice at the UN: In 2010, the women’s movement finally got a longstanding demand: the creation by the UN General Assembly of UN Women, or the United Nations Entity for Gender Equality and the Empowerment of Women. The superagency consolidates the four existing UN offices for gender equality and women’s rights into a single entity, with Undersecretary General Michelle Bachelet, former Chilean president, at the helm. At the official launch of UN Women in February, Bachelet said, “It took four years of hard work to realize the dream of millions of women and girls, to have a global “champion” at the UN who can lead the efforts to translate their hopes of a better world into reality.”

3. First Successful Use of CEDAW in Rape Case: In the Philippines, women won a historic victory when they successfully used the Optional Protocol of CEDAW (Convention on the Elimination of All Forms of Discrimination Against Women) to appeal a rape case. In the first rape case ever to be decided under CEDAW, a United Nations committee ruled that the Philippines government violated the rights of Karen Vertido, a female rape survivor, when a local court dismissed her rape allegations due to “gender-based myths and stereotypes.” The Women’s Legal Bureau of the Philippines, a longtime GFW grantee partner, appealed to CEDAW, and in collaboration with several other grantee partners in the Philippines and across the Asia Pacific region, secured this historic verdict for the survivor.

4. Human Rights Court Rules Against Ireland’s Ban on Abortion: In a groundbreaking decision, the European Court of Human Rights (ECHR) unanimously ruled that abortion, in certain cases, should be legalized in Ireland and that its ban violates the rights of pregnant women to receive proper medical care in life-threatening cases. This case also set precedence for women in other countries to challenge discriminatory laws through the ECHR, which makes legally binding decisions on human rights issues in the 47-member Council of Europe.

5. Mass March for Women and Peace in Congo: For three days in October, 220 women from 41 countries gathered in Bukavu, in eastern Congo to peacefully march in solidarity with 20,000 Congolese women and men against war and gender violence. The gathering was organized by GFW grantee partner World March of Women (WMW) in cooperation with local Congolese groups working to end violence against women.

6. Nationality Laws Sweep Middle East: Women’s quest for equality took a giant leap forward with the passage of nationality laws in Libya, Palestine, Tunisia and Yemen and with initial steps taken in Lebanon. Nationality laws grant women equal treatment under the law and ensure that even if they marry a man of a different nationality, their children will not be denied citizenship in their own country. This legal guarantee is also critical to ensuring women and children’s access to basic resources, like education, health care and employment.

7. Nigerian Women Defeat Nudity Bill: Amid a rising tide of religious fundamentalism and cultural conservatism, Nigerian women’s groups succeeded last year in defeating the so-called Nudity Bill, introduced in 2008, which would have imposed state control over girl’s and women’s bodies.

8. Argentina Legalizes Same-Sex Marriage, First for Latin America: On July 22, Argentina became the first Latin American country to legalize same-sex marriage nationwide. Article 2 of the Argentinean Civil Code now describes matrimony as a union between a “couple” versus between “man and woman.” Under the new legislation, same-sex couples have the same social rights as heterosexual couples, including parental rights to adopt, the right to their partner’s inheritance and pensions, among other rights. To date, some 1,000 lesbian and gay couples have been married.

9. Maternal Deaths Drop by 34 Percent: In 2010, major studies by WHO, UNICEF, UNFPA and the World Bank revealed that the number of women dying annually during pregnancy or childbirth has dropped by more than one-third over the last 30 years. GFW is proud to have played a role in the global movement to save mothers’ lives. Since 1987, it has provided over $17.6 million in grants to 950 women-led organizations to improve access to and the quality of maternal and reproductive health care in 121 countries.

10. Revolution by and for the People: Tunisia, Egypt and Beyond: The year leading up to the 100th Anniversary of International Women’s Day closed with revolutions in Tunisia and Egypt, which hold the possibility of transforming women’s lives and which have inspired social justice movements globally

About Global Fund for Women