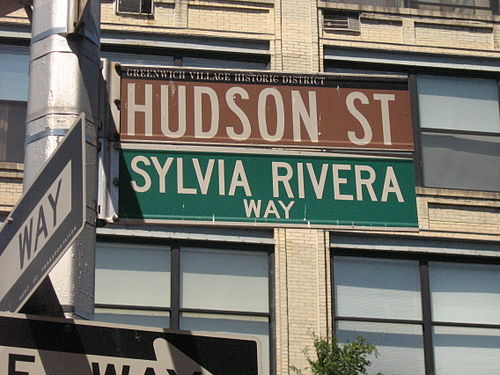 Women’s History Month gives us an opportunity to celebrate and reflect on the legacy of global women. Yet, year after year, the faces of Women’s History Month are the same: slideshows and commemorative stamps of Elizabeth Cady Stanton, Simone de Beauvoir, Betty Friedan and Gloria Steinem. These women all provided groundbreaking work for women’s rights, yet this emphasis on white, heterosexual, able-bodied and affluent cisgender female activists suggests that women’s history is a narrow scope. Surely, there is more to women than what has been promoted by these examples.

In 1989, legal scholar and theorist Kimberlé Williams Crenshaw coined the term “intersectionality” to argue for a broader definition of what it means to be a woman: one that doesn’t compartmentalize gender but centers “multiple identities.” Intersectionality does not divorce one facet of a woman’s identity from another, but instead works to draw connections between the issues of women’s lives: race, class, disability, age, sexual orientation, trans and cisgender identity, citizenship status, body size and much, much more. Throughout history, certain bodies have been marginalized, and this is why it is important to extend the definition of “woman” so that it is always inclusive.

Women who operate at the intersections often address social, cultural and economic justice issues simultaneously, rather than in separate spheres. Consider the work of Dorothea Dix, a 19th century crusader for reform of U.S. mental-health services who drew critical connections between poverty and disability, which ultimately led to the institution of no-cost state asylums for those in need of care. There’s also scholar and activist Angela Davis, who has tirelessly advocated for civil rights, Marxism and the abolishment of the prison-industrial complex, among other issues. And there’s Milagros Peña, a sociology and women’s studies professor who not only documents Latina women’s grassroots organizing along the borders of Mexico and Texas but also writes critically about the role of punk rock in activism.

Additionally, there are many political firsts which happened because of women who emerged from the margins of society to bring about radical change. There’s Sylvia Rivera, a trans woman of color who boldly threw her high heel at a police officer and sparked the Stonewall Riot in 1969. And while many remember the election of 2008 as a showdown between Barack Obama and John McCain, the Green Party offered the first-ever presidential ticket entirely composed of women of color: U.S. Rep. Cynthia McKinney and community organizer/journalist Rosa Clemente.

These are far from the only examples of intersectionality. It was Ani DiFranco who sang, “There is strength in the differences between us / And I know there is comfort where we overlap.” Intersectionality affirms that the strength of women is in the many facets of our lives and our histories.