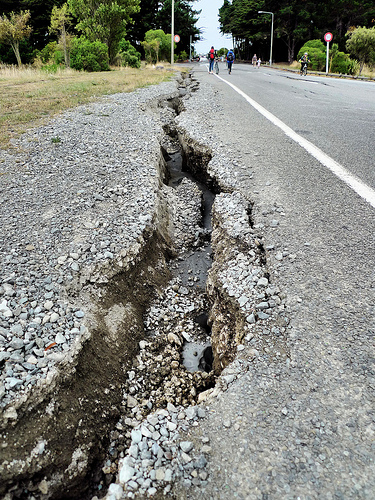 Tragedy struck Japan on Friday as an 8.9-magnitude earthquake struck of the coast of Sendai, becoming the strongest earthquake in the country’s history. A tsunami hit the island country soon after, wreaking more havoc, destroying homes and businesses, flooding entire towns. The death toll is likely to surpass 1,000.

In catastrophes such as this, it can seem pointless to argue “this group is suffering the most.” However, as Suzie, writing on Echidne of the Snakes, posted this morning, gender is often ignored when it comes to disaster management. She explained, quoting a 2000 research paper [PDF] by Maureen Fordham:

[C]onsiderations of gender relations can seem an irrelevance; the ‘tyranny of the urgent’ makes gender issues appear a luxury … Domestic space is particularly at risk in earthquakes … Residential buildings are most often damaged in the greatest numbers and they tend to be occupied most often by women, children and the elderly …

Suzie went on to explain how men are often at an advantage during a disaster:

Men may be safer if they work outside or in offices that are stronger than homes. Men may be separated from their families, leaving women to care for children and the elderly. Because women tend to live longer and have less money, they may be more vulnerable. Ditto for immigrant women who do paid domestic work. Violence against women increases in disasters. Men are much more likely to get work afterward in reconstruction.

As we saw in Haiti, women suffer immensely after natural disasters. Support the women (and men) of Japan by texting “redcross” to 90999 to make a $10 donation, or donate to the Global Giving Japan Earthquake and Tsunami Relief Fund.

If you are experiencing the effect of the earthquake and tsunami, share your story.