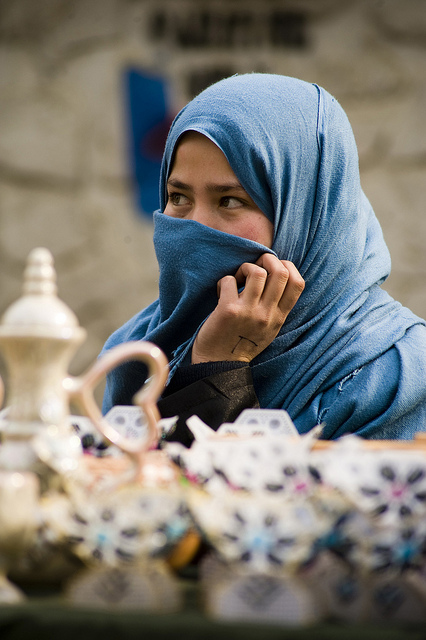 While most of the world is preoccupied with a number of major catastrophes, women’s rights in Afghanistan are slowly slipping through the cracks. Last month, we saw that proposed rules could essentially close women’s shelters countrywide. Now more bleak news for women in Afghanistan, especially those with dreams of someday owning land.

USAID recently sought bids for a land reform contract in Afghanistan worth $140 million and placed unusually progressive stipulations on contractors: that women title holders increase by 50 percent, that the importance of women’s land rights be regularly covered in the media and that educational materials on women’s land rights be distributed across secondary schools and universities.

The benefits of women’s land ownership–especially in terms of greater stability–are well-documented, but still too-often overlooked. Here was an opportunity for U.S. foreign policy to be a bold and crucial step toward gender equity, in one of the world’s most dangerous places for women.

Alas. Before contracts were awarded, USAID pulled a 180 and stripped all of these stipulations, The Washington Post reports. One senior official involved offered the following explanation:

Gender issues are going to have to take a back seat to other priorities. There’s no way we can be successful if we maintain every special interest and pet project. All those pet rocks in our rucksack were taking us down.

Attention feminists, did you know that our centuries-old strive for equal rights has become a pet rock in some bureaucrat’s rucksack?

The critical misconception here is that ensuring women’s rights is a distraction from more central work that needs to be done, rather than an integral–nay instrumental–part of achieving goals for broader stability and development. It was just one year ago that Secretary Clinton reaffirmed that women are at the heart of U.S. foreign policy. Under her watch, US foreign aid should be striving to embody this principle, not running away from it.

This week I attended an International Women’s Day event sponsored by Landesa, a visionary organization that advocates for the land rights of the world’s poorest. In 2009, they opened their Center on Women’s Land Rights, which seeks to strengthen the rights of women to own land–both in law and in practice–while building a global cadre of advocates for this issue.

Geeta Rao Gupta gave an inspiring keynote that planted land ownership firmly in the mantle of gender equality, and illustrated how critical ownership is for women. Gupta’s own mother was a prominent physician in India and virtually had it all. Yet she longed her entire life to own a plot of land because of what doing so signified: self-reliance, pride, respect, and dignity.

It’s much the same for women all over the world, most of whom till and harvest the land, yet rarely own it themselves. Women grow an estimated half of all food grown worldwide (in sub-Saharan Africa that number jumps to 80-90 percent), yet own less than one percent of the land used to grow it. That, to me, is the very definition of injustice.

Aside from there being something very theoretically important about owning land–the sense of ownership, respect and pride that it brings–there are very real benefits that result: crops, livestock, economic productivity for the community, leverage for women in divorce or violent relationships, collateral for future loans, a safety net for one’s children, and the list goes on. These are benefits not only for women, but for entire communities and nations, and it’s time to recognize this.