The Latinas we see on TV and in film too often are relegated to being maids or sexy, voluptuous women. But we are so much more. This Women’s History Month, I want to celebrate just a few of the powerful and inspirational Latinas who defied stereotypes, greatly contributed to history and personally inspired me. 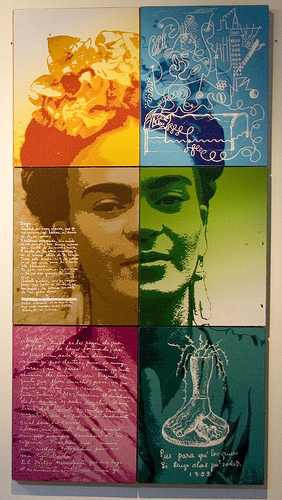 Frida Kahlo was one of the most important artists of the 20th century, much more complex than Salma Hayek’s tame and vapid rendition in the movie Frida. (Hayek didn’t even sport Kahlo’s trademark moustache). Kahlo suffered a lifetime of severe health problems–polio, a horrific bus accident, a total of 30 surgeries–but she persevered and brilliantly painted her autobiography. She was openly bisexual, staunchly communist and unashamed, creating hundreds of paintings, drawings and sketches that convey her strength, vulnerability and pain. André Breton described her work as “a ribbon around a bomb.” Her own famous quote: “I was born a bitch. I was born a painter.” Sing it, sister. 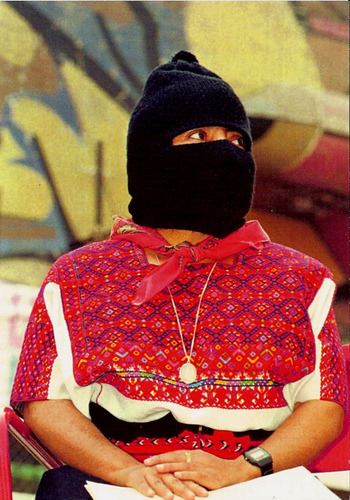 Ramona, a leading women’s rights activist, was a tiny package of fury and revolution. Though most people associate the image of Subcomandante Marcos with the Zapatista movement, it was actually Comandanta Ramona who led the Zapatista National Liberation Army (EZLN) in the 1994 New Year’s Day uprising in San Cristobal de las Casas, Chiapas, Mexico. The Zapatistas revolted in response to Mexico’s involvement in NAFTA, which took effect that day. They demanded land, jobs, housing, food, health care, justice and democracy. When the rebellion ended, Ramona was sent to the first peace talks with the Mexican government. The media began calling her “The Petite Warrior” and she became so popular that tourist markets frequently sold woolen Ramona dolls. She died at age 47 of kidney failure, a fighter to the end. 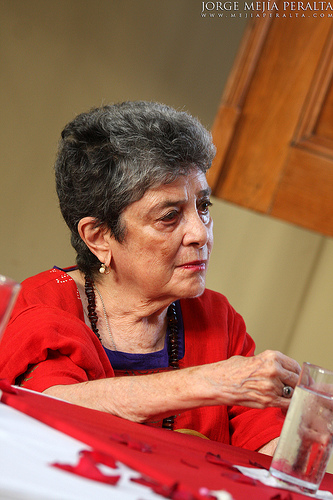 The poet Claribel Alegría was born in Estelí, Nicaragua, her parents were Nicaraguan and Salvadoran. She grew up in El Salvador, then lived in the United States. She was closely associated with the revolutionary FSLN, the Sandinista National Liberation Front of Nicaragua, but has remained committed to nonviolent resistance. In 1978 she was awarded the Casa de las Americas Prize in Havana, and in 2006 she won the Neustadt Prize in Literature. Alegría was part of “la generación comprometida”(the committed generation), a literary movement that occurred during the mid ’50s and early ’60s in Central America, which was created by intellectuals who sought justice for the poor. Alegría’s poetry was clearly political and directed towards women, whom she urged to rebel against patriarchy. Her poem “Ars Poetica” is particularly poignant and hopeful:

I,/  poet by trade,/  condemned so many times/  to be a crow,/  would never change places/  with the Venus de Milo:/  while she reigns in the Louvre/  and dies of boredom/  and collects dust/  I discover the sun/  each morning/  and amid valleys/  volcanoes/  and debris of war/  I catch sight of the promised land. 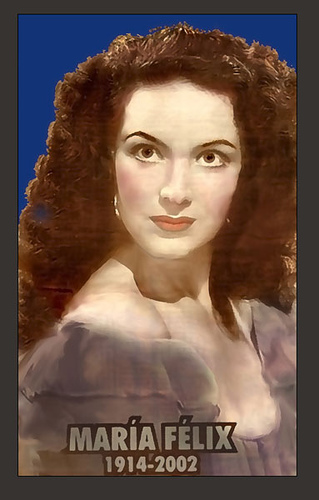 The Mexican actor María Félix (la Doña) performed during the halcyon days of show business when most body parts were still real. She played only fierce and powerful roles, developing her image as a strong and sexual woman during her 47-film career. She worked with iconic directors such as Luis Buñuel and Jean Renoir, and received numerous awards for her cinematic achievements, including being made a commandeur de l’orde des artes et des lettres. Throughout her career, she refused to work in Hollywood because she would not accept the paltry roles offered to her there, once saying, “I was not born to carry a basket.” 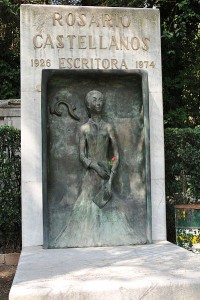 Rosario Castellanos was a prolific Mexican writer who wrote novels, essays, poems and a play. Her writings were very political and explored the difficulties of being both Mexican and a woman; her work has been inspiring to many Latina writers and to feminist studies’ scholars. Castellanos says she wrote “so that women would see all of our possibilities in life, to know that we don’t necessarily have to live in ominous spinsterhood, a pressured marriage or mortal solitude.” She saw poetry “as an attempt to reach the root of objects.” Her ambitions were vast, and she showed particular concern for the rights of indigenous peoples. Sadly, she died young, at just 49, but her influence remains indelible.

In a section of her poem “Selection from the Joyful Mysteries,” she wrote:

This place I am, like sand  with rivers,/  has long known visits from the sky./  A whole procession of birds crosses my face/  And I follow ecstatic,/  Not feeling the stones that strike me, break me, reject me./  I walk without measuring my strength or step./  Ah, but I shall reach the sea and the sky will fly beyond my grasp.

Oh Hells Nah is a small Mexican American woman who likes to bitch, eat, and write poems. Her poetry has been published in Witness, Hayden's Ferry, Whiskey Island, Crab Orchard Review, Hunger Mountain, Hanging Loose, and Drunken Boat. A poem is forthcoming in Pleiades. She was a recipient of a Fulbright Scholarship and holds an MFA degree in Creative Writing that she would often like to set on fire. She is currently a contributing editor for Guanabee.com. Her blog oh-hells-nah.blogspot.com explores the relationships between poetry, politics, and food. 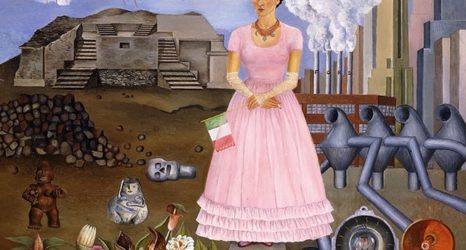 How to Have a Feminist Halloween