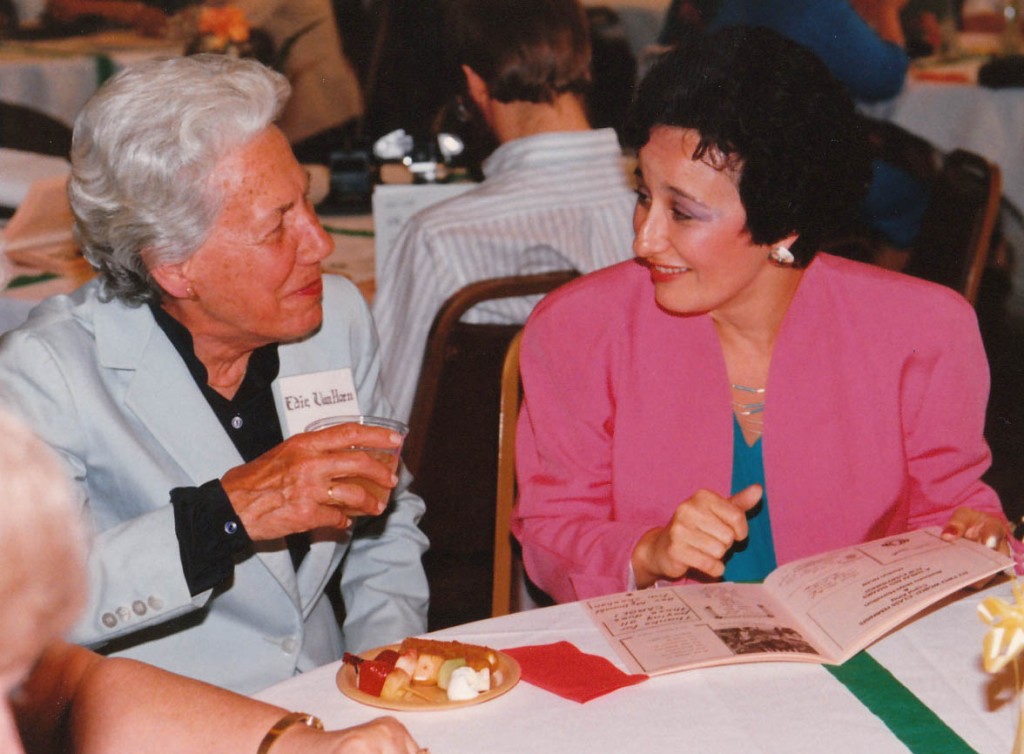 During Women’s History Month, we are reminded of the accomplishments, disappointments, struggles and hardships endured by women like Susan B. Anthony, Elizabeth Cady Stanton, Sojourner Truth, Margaret Sanger, Victoria Woodhull, Lucy Stone, Harriet Tubman–all well-known pioneers in the fight for women’s rights. We also read about the leaders of the Second Wave of the women’s movement, such as Bella Abzug, Gloria Steinem, Ellie Smeal, Betty Friedan, Dorothy Height and Dolores Huerta.

But behind these heroes and around every feminist is an army of other great women who encouraged, nurtured, comforted, mentored, inspired, advised, supported, pushed and prodded her every step of the way. I believe it’s a good time for us to think about lesser-known women who also paved the way for us and pushed us to carry on the fight.

One who pushed me was Harriet Edith “Edie” Van Horn [PDF], the daughter of Baptist missionaries, who came to Hamtramck, Mich. in 1945 to work in the wire harness assembly room at Chrysler’s Dodge Main plant. She was in the midst of her graduate studies but, when World War II broke out, her career path led her to the assembly line–first in aircraft plants, then in the auto industry. When she arrived at the Dodge Main plant, she was surprised to find that women and African Americans were segregated. The dirtiest jobs in the plant were done by black workers, both men and women alike: The foundry, core room and janitorial tasks. White women worked in the sewing room and the wire room.

After one year, Van Horn was elected chief steward of Local 3, the largest union local in any factory in the country. She became the first woman to serve on the UAW Local 3 Executive Board. She wasted no time agitating for better working conditions–adequate bathrooms, better lighting and heating–and winning. Then, Edie and her supporters in the wire room took on segregation in the plant. When six black women asked for her help in getting transferred to one of the clean departments, Edie leaped at the chance to break down the barriers.

She had seen racism and hatred up close when her family moved to Tennessee. Her father was a white professor at Fisk University, a black college, and she was often mistaken for being black. She’d been on the receiving end of racist threats and bullying herself. She knew it wouldn’t be easy, and warned the women that they were in for a fight.

The day the women took their new positions, they were met by a small group of white women calling them names and threatening them. Other women from the department came to their aid, surrounded them and walked them to their stations. The racist group quickly realized they had no support and walked out of the plant. Edie would later say that the spirit of those six brave women, more than that of any labor leader, was at the heart of the UAW.

Those women never let Edie down. They would protect her a few years later when she was accused of communist activities after Joe McCarthy came to Detroit to “save the labor movement from the menace of communism.” Edie’s name had appeared on the front page of the newspaper in a list of suspected “fellow travelers” or members of the Communist Party, and she was subpoenaed by HUAC (House Un-American Activities Committee). A few women began whispering that she was a menace and they should all walk out. Edie argued that she was entitled to a fair hearing and urged everyone to continue to work, which they did until a number of men from other departments came into the wire room.

They were carrying ropes, yelling “Get that red stink out of here. Let’s throw her out the window.” Edie’s alternate chief steward quickly jumped up on a bench and urged everyone to be calm. Edie jumped up beside him and said they would meet after work at the union hall to discuss it. When it became clear that there would be no lynching, the commie hunters walked out.

That wasn’t the end of it. The scene resulted in Edie being fired for inciting a work stoppage, a trumped-up charge. As plant protection officers escorted her out of the plant, about 150 wire-room women blocked their way, handed her an orchid and assured her that they’d fight to get her back. She was reinstated thanks to their efforts. She stayed at Dodge Main as chief steward until Roy Reuther, National Director of UAW’s Political-Legislative Department, recognized her talents and abilities and offered her a job on the international staff.

From her position there, she traveled to Selma, Ala., and to Mississippi, marching and organizing for civil rights in the ’60s. In the ’70s, she worked with other feminists, such as International Vice President Olga Madar, to get the UAW’s endorsement of the Equal Rights Amendment–making it the first union to do so in 1970. That same year, she read a Vassar College commencement address delivered by Gloria Steinem, then a contributing editor to New York Magazine, and was so moved that she asked permission to reproduce it and distribute it to UAW staff. That speech was the seed of a lifelong friendship and collaboration between Steinem and Van Horn.

Van Horn arranged for Steinem to participate in the UAW’s First National Women’s Conference, and on the way to the airport after the conference the idea for the Coalition of Labor Union Women was born. Van Horn was instrumental in establishing CLUW. She was active in founding the National Women’s Political Caucus, and was a charter member of NOW. Her feminist activism was boundless. But she wasn’t all business–she knew how to kick back and party as well. 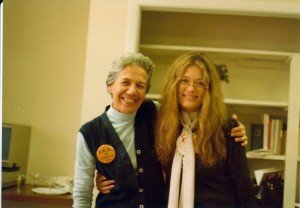 What I remember most vividly about Edie is that she was always pushing other women forward. She worked behind the scenes and often shrugged off credit, claiming she was just one of many women who worked together to accomplish a goal. She was passionate about social justice, poverty and the prevention of domestic violence and rape. She loved the city of Detroit and campaigned tirelessly for two women, Erma Henderson (1917-2009), the first black woman elected to the City Council, in 1972, and Maryann Mahaffey (1925-2006), a social worker and dedicated civil rights advocate who was elected to the council in 1973.

Edie encouraged me to run for office in NOW, and later, when I entered the race for Michigan State Representative, her generous contribution was one of the first I received, along with an enthusiastic endorsement.

I’m sure you have someone like Edie Van Horn in your life. Talk about her with your family and friends, record your memories of her and share her story here and everywhere. That’s one way to observe Women’s History Month and take it to heart.