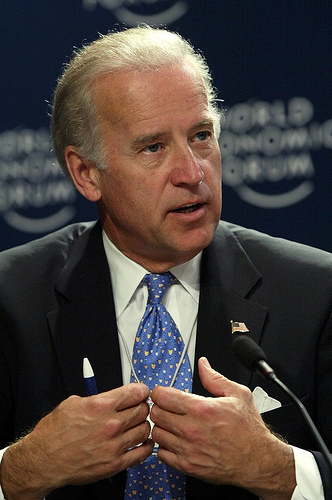 Today, U.S. Vice President Joe Biden and the Department of Education announced the launch of a nationwide initiative to encourage colleges, universities and K-12 schools to take action to prevent sexual violence on campuses.

It’s been a long time coming. Biden’s initiative follows more than 25 years of feminists lobbying the federal government to address rampant campus sexual assault. A 1985 study reported in Ms., the first of its kind, found that one quarter of college women were victims of rape or attempted rape. Last year, a study funded by the Department of Justice found that 1 in 5 college women will be sexually assaulted during post-secondary studies. Disturbingly, the study, authored by the Center for Public Integrity, found that colleges consistently fail to properly investigate rape reports, sending the message to victims that there is no justice to be had. The few devastated survivors who do report often drop out of school or face depression and other psychological damage, while accused rapists frequently graduate and, in many cases, continue raping with impunity.

The federal education department sent a letter to school administrators today clarifying their responsibilities to victims of sexual assault under Title IX. In addition to its well-known provision for gender equity in sports, the law also requires schools to prevent gender-based violence.

Addressing some of the widespread institutional failings exposed by the Center for Public Integrity, the letter admonishes schools to:

The letter does not make explicit the presence of serial rapists in schools, a key finding of the Center for Public Integrity’s research. The Center’s report argues that school officials are, in many cases, blind to that presence and suggests that properly investigating and punishing sexual assaults on campuses can help reduce the incidence of those crimes.

Biden will launch the initiative today at the University of New Hampshire, which he holds up as a a model of sexual assault prevention that schools across the nation should emulate. UNH’s Bringing in the Bystander program educates students of all genders on their role as bystanders to sexual violence, and their responsibility to act when they see an assault, or potential assault, taking place (such as a friend planning to get a girl drunk to have sex with her).

Victoria Banyard, co-director of the New Hampshire program, told Newsweek, “We need to help people develop and practice the specific skills so that when they’re in the moment, they’re doing something positive to help.” She says anyone can become a bystander, and we all need to act to prevent sexual assault.

In addition to the bystander education program, UNH offers a host of support services for survivors of sexual assault, intimate partner violence and stalking and is home to a strong prevention-focused research center.

For more on what you can do to prevent sexual violence on your campus, check out this toolkit [PDF] from the American College Health Association.