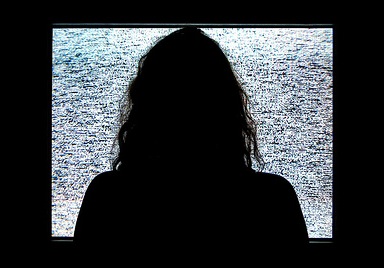 More than a hundred years after the intrepid muckraker Nellie Bly pioneered the genre of undercover investigative journalism, American mainstream media has yet to embrace women as equal players in the industry: as editors, reporters, managers, sources or subjects. You’d think a century might be enough time for a profession that purports to speak truth to power to empower the voiceless in its midst. Not so much. Women hold only 27% of top management jobs, according to a new report [PDF] from the International Women’s Media Foundation.

But at the National Conference on Media Reform, held April 8-10 in Boston and hosted by Free Press, 150 out of the 300 panelists were women, speaking about everything from the media’s sexualization of girls to Wikileaks to whether internet access is a fundamental human right.

According to Free Press outreach manager Mary Alice Crim, this year Free Press worked with women’s groups such as Women, Action and the Media (WAM) in planning the conference. She told Ms.,

While that work was always going on in planning previous conferences, this year we really brought it to the forefront, and from the panelists, to the performers, to the keynotes we had amazing women.

At Saturday morning’s panel, “Media Policy is a Women’s Issue,” Yana Walton, vice president of communications at the Women’s Media Center, pointed out that a media company doesn’t need a conservative male owner in order to shaft women in its coverage:

It’s important for us to hold not just conservative outlets accountable, but also women-owned progressive outlets like Huffington Post, where you’ll see a lot of Lindsay Lohan tit pics when there are other issues to be covering, real issues that matter to women.

Walton cited research done by Lake Research Partners [PDF] as part of WMC’s and the Women’s Campaign Forum’s “Name it, Change it” initiative that demonstrated the impact of sexist media coverage on voters’ perceptions of female candidates;

Voter confidence dropped twice as fast when there was a comment made on a candidate’s gender rather than on her platform … and when male candidates engage in these sort of attacks, it also hurts them.

Moderator Megan Tady of Free Press emphasized the need to look past the pervasive anti-woman political mudslinging and sleazy celebrity coverage, and recognize how policies and laws determine the media industry’s structure and ultimately what kind of content makes it on air:

As we have these conversations about content and owners, it’s important we bring it back to the lawmakers who have allowed this rampant consolidation to happen. …[When] these companies become bankrupt, and they’re not seeing the same returns they used to, they create content that is cheap and easy to produce–and that is reality programming and celebrity gossip and junk news and putting pundits up on screen who yell back and forth, and they’re usually male. We have to hold these lawmakers accountable for the situation that we now see.

In a workshop that afternoon, author and commentator Jennifer Pozner and author, screenwriter and producer Sofia Quintero took a magnifying glass to a few reality television shows such as The Bachelor, Joe Millionaire and Flavor of Love, highlighting the outdated Cinderella narratives and subtle racism that infuse the genre. Pozner, author of Reality Bites Back, a book about the decade-old industry, said the economics of reality television ensure that, like a terminal illness, it will be with us always. Quintero agreed, hypothesizing that in their bid for viewers, producers will engage in a race-to-the-bottom that could end very, very badly:

It is just too lucrative. We are going to see a lot more, and I actually think it’s going to get worse. … I actually believe–and I’m not saying this because I want it to happen and I hope that we can prevent it–in the near future, if we don’t do something, we are going to see a tremendous act of violence on one of these shows, because they are not mindful of who they are casting. They are actually casting people with issues for the sake of drama, and this is very, very dangerous for the women in these series.

One remedy, Pozner and Quintero said, is media literacy: the ability to analyze and understand the political messaging encoded in seemingly apolitical entertainment. But does media literacy come too little, too late?  From the moment children learn how to work the remote control, they are bombarded with advertising imagery that privileges the graphic and overtly sexual over images of intimacy or relationships. Said media scholar and documentarian Jean Kilbourne, speaking at the panel “Taking Sexy Back: Why and How to End the Media’s Sexualization of Girls,”

One of the challenges in this topic is separating sexualization from sexuality. … People said, ‘God, you must be anti-sex,’ which is, of course, moronic. We are all sexual beings since birth and that of course is to be celebrated. Sexualization [which the American Psychological Association defines as “when a person is sexually objectified … made into a thing for others’ sexual use”] is not sexuality.”

Fighting back, said Wheelock College education professor Diane E. Levin, Kilbourne’s coauthor on So Sexy So Soon: The New Sexualized Childhood and what Parents Can Do to Protect Their Kids, isn’t as easy as saying “no” when kids clamor for sexy Barbie dolls or muscular Incredible Hulk action figures. “No parent can say no to everything,” she said. Children are caught between two “boxes”–inside one are the values of parents, school and the community, and in the other the values of sexualization, commerce and popular culture. Levin encouraged parents to make the parental/community box as big as possible, and referred the audience to groups like the Campaign for a Commercial-Free Childhood and the SPARK Summit.

The common thread of media literacy ran through all of these panels and through the conference at large. It’s not enough to consume media; it must be consumed consciously. Next time you’re watching television or thumbing through a magazine, pause and consider: Who is sending this message? Why? Who is paying for its production? Whose interests are at stake? It’s enough to make one very, very grateful for magazines like Ms., where you’re already comfortable with the answers.

Anna Louie Sussman covers gender, politics, culture and news for the Wall Street Journal, the Atlantic, the Nation, Women’s eNews, Salon, and other magazines and newspapers. She has a BA in Comparative Literature from Brown University and a MSc. in Human Rights from the London School of Economics. She blogs at www.annalouiesussman.com , and she is very partial to ice cream, about which she also blogs at www.lickmeeverywhere.blogspot.com.