If You're a Woman, Success Is a Syndrome - Ms. Magazine
Skip to content 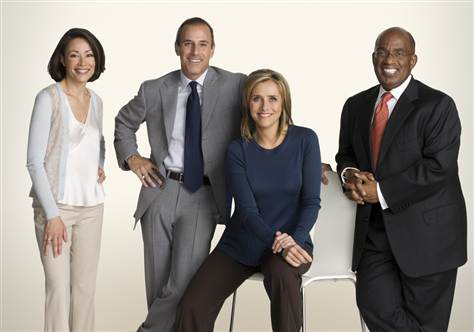 If you happened to be watching the Today Show earlier this week, you might have caught a segment on how women bosses are more likely to promote men, and how this relates to “Queen Bee Syndrome.” According to the story, a Queen Bee is a woman in a supervisory position within a company and “once she gets positioned, she doesn’t play very nicely in the sandbox.”

Viewers were told that a new study suggests women bosses are more likely to help male workers than female workers, and that men receiving such support were therefore more optimistic about their chances for career success.

I don’t know what was more interesting–watching Meredith Vieira trying to keep her guest experts focused on the main point of the segment (that women are bad bosses) or the fact that, while this could be considered a factually accurate take-away from the research in question, it is by no means the most important conclusion drawn by the researcher.

Sexing up the story to focus on women keeping other women down in the workplace certainly isn’t doing anybody any favors. As career expert Marci Alboher tried to point out to Vieira,

We aren’t helping the situation by focusing on a ‘syndrome.’ When men succeed we don’t talk about a syndrome, we talk about success.

The show segment was based on work by University of Cincinnati researcher David J. Maume and published in the May 2010 issue of Social Science Research. Maume set out to discover whether or not female bosses serve as “change agents” who enhance the careers of their female subordinates, or as mere “cogs in the machine” who have no effect on the careers of the women who work for them.

His research seems to indicate that females who break the glass ceiling do tend to be “cogs in the machine”– women who seek “to emulate the drive, ambition and work habits of male superiors”–which causes them to distance themselves from women’s issues in the workplace. He reports that female supervisors pay more attention to male subordinates “as a way of conforming to organizational expectations to advance men’s career prospects.”

All of this was played up in the media, not only on the Today Show but in several newspaper articles that eagerly picked up on the news that women don’t help other women in the workplace. What nobody seemed to want to focus on was Maume’s conclusions, in which he tries to explain possible reasons for what he found.

Maume writes that as women climb the corporate ladder, there are often workplace dynamics unleashed that work to restore men’s more privileged positions. If excluding women from the boy’s club of networking opportunities, ratcheting up job demands and increasing harassment directly or indirectly have their desired effect, there is a high likelihood that women will either quit their jobs or be fired. Given that women who survive such hazing will have developed pretty thick skins, it’s doubtful they will be the nurturing corporate “mommies” it appears some workers expect them to be once they do reach the top.

The other guest on the Today Show, clinical psychologist Robi Ludwig, actually brought up the connection between women bosses and mothers, saying that when social science researchers first began looking at women in the workplace they expected to find that women would “nurture other women, they would be better bosses.” She then went on to say,

When we found the opposite to be true, it was shocking. We want women to be the good mother.

Ludwig has a lot of gendered ideas about bosses. In her companion piece on the Today Show website, she writes,

Women who reach the top try to manage like men, yet it doesn’t work as well for them. Men can behave in a way found unacceptable in women. Loud, public directives from the female boss are often interpreted as nasty or offensive. For men, this is not always the case.

She ends her article suggesting that women who are loud and directive are doing something wrong. She writes that she hopes in the future female bosses will find their own niche and become “the nurturing, supportive bosses that social theorists believed they could be.”

We shouldn’t expect women to change and become something social theorists always knew they could be if only they tried hard enough. Women in the workplace have been trying hard enough for long enough as it is.

If feminism is about anything, it’s about moving away from gender stereotypes. Ludwig and others seem to find it easier to see successful women as bitchy Queen Bees rather than attributing their decisiveness and drive to the same motivating factors that we regularly praise in men. Everyone wants to succeed on her, or his, own terms, not on outdated standards and gendered modes of behavior.