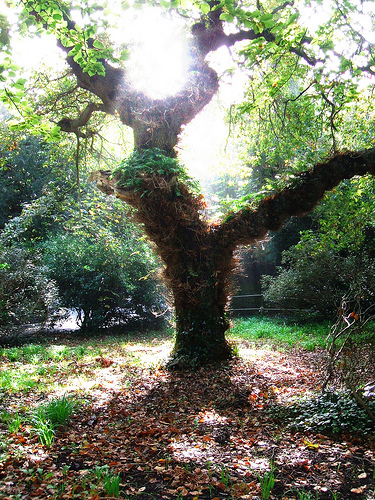 Everywhere: April 22 is Earth Day! I remember being a wee girl and planting trees with my schoolmates to celebrate the day. Check out some other ideas on how to celebrate the day here. Support Women and the Green Economy (WAGE) by becoming an Earth Day Network Activist. WAGE works to engage women business, NGO and government leaders to create policy changes that will promote a green economy and job opportunities for women. Or take a look a this extensive list of Earth Day celebrations around the country–San Francisco’s Earth Day Festival is co-produced by NOW!

Dr. Cynthia Enloe will be presenting “Why Do Feminists Refuse to See ‘Chaos’ When Others Do?” live in Second Life! April 22, 5:30 Eastern

New York: Catch a screening of the film Very Young Girls, a documentary about child prostitution. Q&A with a member of Girls Educational and Mentoring Services after the film. April 20, 7:30 p.m. @ Barnard College, 3009 Broadway

Those against gay marriage call for a return to traditional marriage–but what exactly does that mean? Listen to Elizabeth Abbott, author of A History of Marriage explain what the marriage has really looked like over the centuries. April 20, 7 p.m. @ The Tank, 354 West 45th Street

Why so many Long Beach events? What can I say–it’s where I live and it’s a pretty cool place. I’ll be going to the Chicana/Latina Feminisms Conference this weekend. The conference will focus on “confronting borders, heteropatriarchy, homophobia, racism, classism, sexism, colonization, and the ways that we resist the violence we experience as low-income, Chican@s/Latin@s, women & people of color, undocumented, disabled, and queer/trans gente.” Sounds awesome. April 23, Cal State Long Beach, Beach Auditorium, 1250 Bellflower Boulevard

Dallas: Slut-Walk Dallas has arrived! Recently in Toronto a police constable told women at a safety seminar, “Women can avoid sexual assault by not dressing like ‘sluts.’” Slutwalk Toronto was then organized to call attention to the fact that no matter what a woman wears, she is not asking to be sexually assaulted; now it’s coming to the States! Make signs! Dress awesomely! Take back Dallas! April 23, 1 p.m. @ JFK Memorial Plaza

If you know of any other feminist events this week, post them in the comments. If you have an upcoming event to feature, email me at dgrossmanheinze@msmagazine.com. I really want to climb the tree pictured here and read a book all day.