I Support Abortion Rights ... Because I'm a Lesbian! - Ms. Magazine
Skip to content 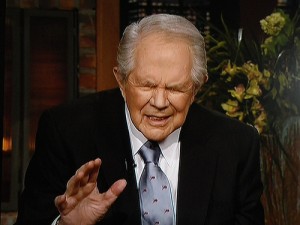 On The 700 Club this past Monday, TV evangelist and natural-disaster-blamer Pat Robertson explained why I support a woman’s right to choose. In a discussion about President Obama’s support for Planned Parenthood with co-host Terry Meeuwsen, he asked her, rhetorically,

If a woman is a lesbian, what advantage does she have over a married woman? Or what deficiency does she have?

“Well, she can’t have children,” answered Meeuwsen, pleasing Pat, who then said,

That’s exactly right. And so if these married women don’t have children, if they abort their babies, then that kind of puts them on a level playing field. And you say, nobody’s there to express that, isn’t that shocking? Well, think about that a little bit, ladies and gentlemen.

Because I’m a lady, I’m thinking about it. And I finally know why I cheered for Roe v. Wade: Even though I wasn’t yet out as a lesbian, I must have somehow known that I would become one, and then the only way I could remain equal to straight/married women would be to encourage them not to have babies!

That clears up a lot of confusion for me about my political motives. And yet … well, I’m still confused about a few things.

Like, why didn’t I cheer when someone close to me told me she’d had an abortion? But then I practically did cartwheels when she told me years later that she was happily pregnant. Did I somehow have my lesbian signals crossed?

In fact, I don’t remember ever being angry when straight-and-married women I know have babies! I’m quite the baby lover, no matter what the mother’s affectional preference or marital status. Maybe I’m not a real lesbian? Because, if I was, I’d just want to be out there leveling the playing field, making sure those pregnant gals got themselves right over to the nearest abortion clinic the moment their pee test turned positive!

I’m also confused about the “married woman” thing. My friends Laura and Nora are married. To each other, legally, under California law. And Nora just gave birth to a much-wanted baby boy. That goes against the “she can’t have children” deficiency, doesn’t it? Maybe what Pat meant was that she shouldn’t have children– because she’s a lesbian, of course! And even though a study that came out last year reported that children of lesbian parents may do better than born-from-heterosexual spawn, I’m sure Pat would figure out a way to scientifically–or at least theologically–disprove it.

But I quibble. Perhaps I should focus instead on the advantages lesbians–at least the unmarried ones–have over married women! You asked, Pat, so offhand I can think of these:

I don’t have to wear high heels unless I really want to.

I save money on makeup.

The toilet seat’s always down, unless my dad comes over.

I have no need for birth control.

I have little chance of an unwanted pregnancy.

And so we’re back where we began with Pat and Terry, talking about having babies. In their evangelical minds, it’s a deficiency that lesbians “can’t have children,” but to lesbians it’s an advantage to not worry about getting pregnant on a daily basis. Then we don’t have to experience the frustrating barriers of price and access being thrown up to block women from having abortions, let alone obtaining low-cost contraception. And when we lesbians want a baby, we can just pick a donor or a sperm bank and go for it!

Pat Robertson’s viewpoint on this topic is nothing new: Back in 1993, he said on The 700 Club,

I am absolutely persuaded one of the reasons so many lesbians are at the forefront of the pro-choice movement is because being a mother is the unique characteristic of womanhood, and these lesbians will never be mothers naturally, so they don’t want anybody else to have that privilege either.

Photo of Pat Robertson on TV earlier this year by Flickr user dno1967b under license from Creative Commons 2.0