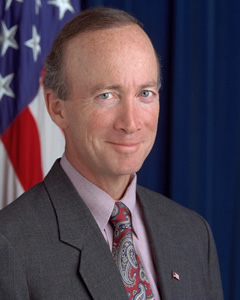 Gov. Mitch Daniels of Indiana says he will sign the controversial bill HB 1210, which will make Indiana the first state to defund Planned Parenthood. According to Planned Parenthood, that will leave as many as “22,000 patients without access to Pap tests, birth control and treatment for sexually transmitted diseases.”

The bill also imposes extreme restrictions on abortion in the state, including allowing the procedure only until the 20th week of pregnancy–although the U.S. Supreme Court has ruled that abortions are legal until the 24th week. Said Gov. Daniels,

I supported this bill from the outset, and the recent addition of language guarding against the spending of tax dollars to support abortions creates no reason to alter my position. The principle involved commands the support of an overwhelming majority of Hoosiers, as reflected in greater than 2:1 bipartisan votes in both legislative chambers.”

Planned Parenthood has said they will challenge the law in court if it’s signed.

Just because Gov. Daniels said he’ll sign the bill doesn’t mean you can’t tell him you’re outraged about it; call him at 317-232-4567 or write to him:

There’s a handy form on the governor’s website where you can email him, or try emailing him at mdaniels@gov.in.gov. Let Gov. Daniels know how you feel!

Image of Mitch Daniels from Wikimedia

U.S. Overturn of Roe Will Embolden Anti-Abortion Movements Abroad
Ms. Muse: Melissa Studdard on the Power of Poetry to Create the World We Want
Weekend Reading on Women’s Representation: ‘We Are Meeting Because We Are Prime Ministers,’ Jacinda Ardern Tells Reporter; Ukrainian Women Are Vital in Fight Against Russia