A Mother's Day Wish for the 7 Billionth Child - Ms. Magazine
Skip to content 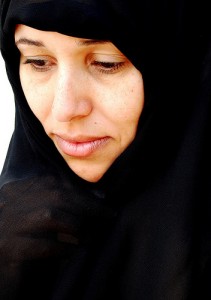 At this time last year, I wrote an article to commemorate two important events that were being celebrated on the same day: Mother’s Day and the 50th anniversary of “the Pill.” In that article, I described my mother’s childbearing experiences in Tunisia in the mid 1950s and how she would most certainly not be alive today if she had not had access to family planning and safe abortion. I never imagined, as I looked back then, that Tunisia would soon take the world’s center stage as the leader of the “Jasmine Revolution,” spreading the call for civil society and democracy across the Middle East and beyond.

But the fact that the leadership should come from Tunisia is really not a surprise, as this small but vital country has played a pioneering role in promoting gender equality and equity–a basic building block for civil societies.

In 1973, Tunisia became the first African country to significantly liberalize its abortion law. Today, abortions are far easier to obtain in this Muslim and Arab country than they are in many states in the U.S. And one of the first laws passed by the newly independent Tunisian government was to give women equal rights and access to education. As a result of these policies Tunisian women today have higher rates of education, employment and political participation than women in the neighboring Arab countries. And, according to the United Nations, their health and overall status are far better.

Today, as I prepare to celebrate my 84-year-old mother again on Mother’s Day, I can’t help think of Tunisia once again.  According to demographers at the United Nations Population Division, the 7 billionth person on the planet will be born on October 31, 2011. Perhaps this child will be a girl? Perhaps she will be born in Tunisia? Wherever she or he is born, it is my hope that the mother who gives birth to this child will have been able to plan this pregnancy, intended to have this child and be well cared for during delivery and afterwards.

And I hope that this 7 billionth new member of humanity, and the rest of this child’s generation, will be able to grow up in a world where men and women are equally able to exercise their rights to economic and social justice. Ensuring that all of these children’s parents have access to high-quality and affordable reproductive health care is the most concrete step we can take to achieve this dream.

Francine Coeytaux, MPH, is a woman’s health advocate and public health specialist with extensive experience in the development and evaluation of reproductive health programs. Currently a Co-Director of Plan C, she is also a founder of the Pacific Institute for Women’s Health, co-Founder of the Pro-Choice Alliance for Responsible Research and was one of the founding members of the Reproductive Health Technologies Project. In 2011, Francine awarded the Lifetime Achievement Award from the American Public Health Association. She has a BA from Stanford University and an MPH from UCLA.