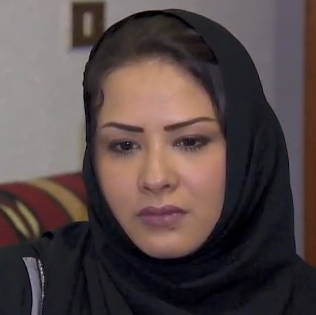 After weeks of ridicule, harassment and uncertainty over her safety, the Libyan survivor of an alleged multiple rape, Eman al-Obeidi, told CNN she has fled her homeland. With the help of a Libyan military officer and his family, al-Obeidi was driven along mountain roads over the border into Tunisia, with the military officer using his authority to get them through several checkpoints. With the help of diplomats, Al-Obeidi is staying hidden in Tunis until she can figure out her next move.

Al-Obeidi attracted international attention and support on March 26 when security forces dragged her from a Tripoli hotel after she told international reporters she had been raped by 15 pro-government militia men. Her apprehension sparked international outrage, with supporters demanding the Libyan government prove she was safe and alive.

The government finally released al-Obeidi after a week, and she subsequently told CNN that she had endured 72 hours of interrogation which included mental and verbal abuse, food being thrown in her face and a medical examination to “prove” that she had been raped. Since returning to her family and home in Tripoli, al-Obeidi had essentially been under house arrest, stopped by government officials if she left the house and taken to a police station only to be released. In addition, four of the men accused of raping and beating al-Obeidi are suing her for slander.

Nonetheless, now that she’s left Libya, CNN reports, “For the first time in almost two months, she is calm and happy.”