When Joanna Russ Changed Us - Ms. Magazine
Skip to content 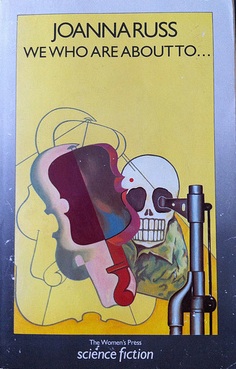 Michele Kort’s vivid remembrance of Joanna Russ (who died April 29) based on a single encounter with Russ’s short story “When it Changed” is a testament to just how far this woman’s influence continues to spread. Few have come away from reading Russ without a strong opinion. Ideas she posed as many as 30 years ago—a world without men, kick-ass action heroines, feminist romance—continue to vex and inspire us.

The Russ’s unflaggingly popular novel The Female Man and its development of the world known as Whileaway—a place devoid of men for centuries—will long be part of her fame. This imagined future is an agrarian reverie filled with hard work but little advanced technology beyond the ability to merge ova to make babies. People tend to refer to Whileaway as “utopian” but I doubt that Russ would agree. Simple answers never suited her.

The fractured nature of the narrative can make The Female Man a surprising but accessible read. Russ crosses four threads of space and time with the four women in the book (who may all be one): Joanna, a 70s feminist; Janet, a Whileawayan who’s never seen men; Jeannine, whose country never recovered from the Depression; and Jael, whose world has men and women literally at war. Glimpsing a future that might be better (Whileaway), and one where it might be quite worse (Jael’s), revealed the inherent difficulty of untangling the many strands that form patriarchal culture.

I taught The Female Man at an open admissions university in Texas. Talk about an uphill battle! While some of the students found the text challenging—for its sexual politics as much as for its post-modern narrative structure—they also responded readily to the questions Russ provoked: What is male? What is female? We talked about changes in our own perceptions as well as Russ’s ambivalence about gender construction.

Her short stories about space opera heroine Alyx offered a new kind of mercenary: “tough, centered, autonomous and female” as the Encyclopedia of Science Fiction describes her. Alyx “acts as a fully responsible agent, vigorously engaged in the circumstances surrounding her, but without any finger-pointing on the author’s part to the effect that one should only pretend not to notice that she is not a man.” One of the foremothers of the now myriad “kick-ass heroines,” Alyx played in the sandbox once monopolized by Conan the Barbarian and Doc Savage. The fun Russ had in writing her always came through.

Wit and humor infused all her work. Never mind the persistent view of feminists as dour: Even Russ’s criticism crackles with lively humor, as you might expect from someone who titled her 1985 collection of essays Magic Mommas, Trembling Sisters, Puritans and Perverts. Her essay on the appeal to women of slash fiction (fan fiction that romantically pairs male characters), titled “Pornography By Women for Women, With Love,” was one of the earliest academic studies to delve into the phenomenon. Russ’s forward thinking has presented romance scholars a firm grounding to embrace discussion of drag, homoerotics and gender slippage.

Ah, but romance you say—how frivolous! Russ has that covered, too. In her study How to Suppress Women’s Writing (1983), she examines from the point of view of aliens all the effective ways to negate women’s writing. She outlines the ways to disparage and devalue anything vaguely coded “female,” which proves far more effective than an outright ban, as history demonstrates. The acuteness of her observation can be seen in Jennifer Weiner’s Franzenfreude meme and the persistence of the notion that women don’t write “important” books—to say nothing of the slut shaming of English-teacher-by-day/erotic-romance-writer-by-night Judy Mays. The techniques Russ highlighted almost 30 years ago continue to plague and frustrate women today.

It’s horrible to think how Russ’s chronic illness kept her from writing during the last 20 years of her life. A 2011 interview with her demonstrates that while the writer may have been physically hampered, her mind was as free as ever. Her incisive writing and ready sense of humor will be missed: Russ was sui generis.

About K. A. Laity

K. A. Laity is a fiction writer as well as a scholar, writing academic essays, novels, plays, humor and journalism on popular culture. She has been a Fulbright scholar at the National University of Ireland Galway and a columnist on women and technology. Find her on Facebook or follow her on Twitter.