N.Y. Cops Acquitted of Rape. But Why? - Ms. Magazine
Skip to content 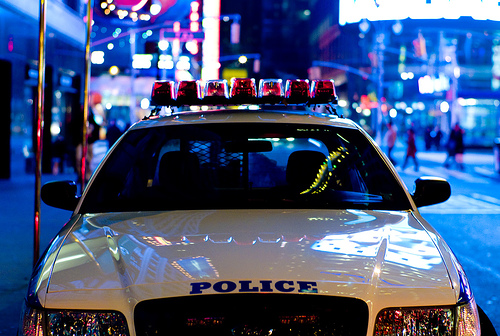 Yesterday, two New York City police officers were acquitted of raping an intoxicated woman. They had been called by a taxi driver who said she was too drunk to get out of his cab and needed help into her apartment. Despite an admission in court by Kenneth Moreno, the officer accused of committing the rape, that he had cuddled with the woman and kissed her on the shoulder while she wore nothing but a bra, Moreno and his partner, Officer Franklin Mata, were convicted only of three counts of official misconduct. Video surveillance showed that they had entered the woman’s apartment four times in four hours.

In his account of the evening, Moreno said he “bonded” with the woman; he said he is a recovering alcoholic who counseled her about alcoholism after she told him her friends were mad at her for drinking too much. He also claimed that she flirted with him after he helped her into her apartment, which led to him cuddling and kissing her.

But is it ever the job of a police officer to counsel someone about alcoholism? Let alone to counsel with cuddles and kisses?  If a severely intoxicated person arrived at a hospital with alcohol poisoning and, after counseling that person about alcoholism, the doctor cuddled and kissed the patient on a hospital bed, the doctor would surely be open to charges of sexual misconduct. Regardless of whether or not penetration took place in the New York case, it is never appropriate–and never a police officer’s job–to sexually touch a person in need of police protection.

The officers’ acquittal has sparked massive outrage, with critics pointing to Officer Moreno’s secretly taped admission to the woman that he wore a condom during sex as sure-fire evidence of his guilt. There was no forensic evidence that sex took place–which could be explained by the use of a condom–but medical experts pointed to a bruise on the victim’s cervix that is consistent with her memory of being raped from behind. Nonetheless, the jury found that there wasn’t enough evidence to convict.

The officers have been fired from the NYPD, however, based on the “official misconduct” verdict. But this case is about more than official misconduct: It’s about a woman’s right not to be sexually assaulted–by anyone, let alone those charged with protecting us. Supporters have organized a protest today at 5 p.m. EST in New York, outside of the Manhattan Criminal Court building. More than 1,000 people have already pledged to attend. Jamia Wilson of the Women’s Media Center explained the need for the demonstration: “No matter what your behavior is, no matter how drunk you are, you shouldn’t call 911 and be assaulted.”

If you can’t make it to the protest, sign this petition. Tell the New York court that sexual assault is never OK.