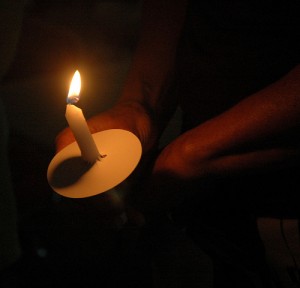 Today marks the second anniversary of the murder of Wichita, Ks., abortion provider Dr. George Tiller by anti-abortion extremist Scott Roeder. Dr. Tiller was one of only a few doctors in the nation who offered late-term abortion services.

Tiller was shot at point-blank range during a Sunday service at the Reformation Lutheran Church in Wichita, his murder being the culmination of years of harassment and threats. His clinic in Wichita was bombed in 1986, and in 1993 he was shot by another anti-abortion extremist, but survived.

In the Summer 2009 issue of Ms., senior editor Michele Kort wrote of the late doctor:

At age 67, financially comfortable, Tiller didn’t have to continue working in his long-embattled profession, says Susan Hill, who operates a number of abortion clinics and often referred late-abortion patients to Wichita.

Over the past decades, abortion providers live with increasing risk: One in five clinics annually are the targets of repeated violence. Since the early 1990s, nine doctors and clinic workers have been murdered in attacks by anti-abortion extremists, and 30 others wounded, including law enforcement officers responding to the incidents.

Each time, the killers, or attempted killers, (like Rachelle “Shelley” Shannon, who shot Tiller in both arms in 1993,) would be characterized as lone nuts. But in truth, they are often involved with extremist anti-abortion organizations that track the whereabouts of abortion doctors and deliver white-hot rhetoric that paints someone like George Tiller as a murderer rather than a healer. Anti-abortion extremists have even promoted the assassinations of abortion providers as “justifiable homicides.” So these “lone nuts,” heeding the call to violence, are as good as licensed to kill.

Tiller also faced a concerted attack through the courts, including two grand juries convened to investigate him as a result of a citizen petition drive organized by Operation Rescue and other anti-abortion groups (neither jury found any basis for indictment). And in 2004, then-Kansas Attorney General Phill Kline, a right-wing anti-abortion Republican, subpoenaed Tiller’s patient records, supposedly to determine if he hadn’t reported statutory rapes of pregnant girls under 16. Kline got some of the records and filed 30 criminal charges, but a state court judge quickly dismissed them.

Kline was voted out of office in 2006, but the new attorney general, Democrat Paul Morrison, surprisingly charged Tiller with 19 misdemeanors. Morrison downplayed the charged that Tiller failed to get a legally proper second opinion on some abortions as just “technical,” but if Tiller were to have been convicted, he could have served 19 years in prison. After nearly two years of legal proceedings, the jurors in the case delivered a resounding “not guilty” verdict in just 25 minutes.

“It was Kansas jurors, men and women, who were brave enough to deliver Kansas justice,” says Dan Monnat, Tiller’s attorney in Wichita. “Everything else was nonsense Kansas politics.”

The legal battles were exhaustive and expensive for Tiller, although he “held up like a soldier,” says Monnat. Nonetheless, his friends worried about him. “The last time I talked to him,” says Susan Hill, “I said, ‘Why are you still doing this, George? You certainly don’t need to. Why don’t you just retire, enjoy life?

You can read the rest of the article here. In the Spring 2010 issue, Ms. reporter Amanda Robb conducted an in-depth investigative report on Scott Roeder’s connections to a larger network of anti-abortion extremists, some of whom preach “justifiable homicide.”

The anniversary of the Tiller tragedy also comes on the heels of a foiled plot by a Wisconsin man to kill other abortion physicians.