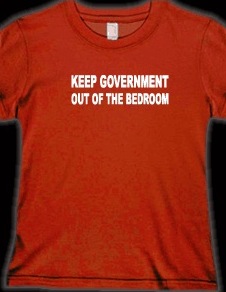 Proponents of Proposition 8–a voter-approved amendment to the California Constitution recognizing marriage as a union between a man and a woman–recently asked the U.S. District Court to vacate Judge Vaughn Walker’s decision last year finding Proposition 8 unconstitutional.

The basis of this request is that Walker allegedly failed to reveal publicly, at the outset of the case, that he was in a 10-year relationship with a man and that he had no plans to marry, if and when same-sex marriage became legal in California. As a result, Prop. 8 proponents allege Walker had a personal stake in the case and that the laws of judicial ethics required him to recuse himself. While the proponents cloak their argument in the rhetoric of “ethical standards,” the central tenet of their position is anything but ethical.

The proponents’ motion will be heard in the U.S. District Court today. If they are successful, judges will be forced to navigate a brave new world where they swap personal privacy for a gavel.

Childless women judges ruling on legal protections against pregnancy discrimination would be required to proclaim publicly whether they intend to one day become pregnant. Women judges considering legal challenges to laws restricting the right to abortion or contraception would have to reveal whether they plan to have an abortion or use contraception. Married judges interpreting community property laws would need to publicly declare whether divorce is in their future.

Requiring judges to reveal the details of their private lives and opine about their future would compromise their privacy, autonomy, dignity and ability to control their personal relationships with others–all values Americans expect from one another and their government.

Even assuming that a statement by Walker disavowing any intent to marry would have placated Prop. 8 proponents, the inherently speculative nature of this kind of statement diminishes its relevance. There are many factors that can influence whether and when partners agree to wed, and those factors can change over the course of a trial. Personal health, illness or death in the family, financial hardship, career changes, infidelity and changes in feelings by either partner are all factors that can affect the future of a relationship at any time, sometimes unbeknownst to the other partner. Because Walker’s intent to marry could change at any time, it would be impossible to ascertain how the outcome of the case might affect him personally.

More importantly, requiring Walker to make a public statement about the future of his relationship feels incredibly intrusive. Maybe he and his partner were unsure of the future of their relationship. Maybe they didn’t feel comfortable tackling the many considerations that can factor into a decision to marry. Discussing marriage can bring new pressure and stress to a relationship. Forcing Walker to have these conversations with his partner under an artificial time frame, reach a conclusion without knowing whether marriage would be a legal option, share that conclusion with the rest of the world and subject his relationship to the wrath of public scrutiny is a hefty price to pay for life tenure.

The fact that Walker was not openly gay at the outset of the trial–at least publicly–compounds the enormity of the burden advocated by proponents. The importance of personal privacy takes on colossal significance when it comes to a person’s decision to reveal oneself to the world as a lesbian, gay, bisexual or transgender person. It can have enormous repercussions on a person’s relationship with their family and colleagues, the progress of their career or, as the cast of “Glee” reminds us, their personal safety.

In its 2008 opinion finding California’s limitation on marriage to opposite sex couples unconstitutional, the California Supreme Court concluded that sexual orientation is a central and defining part of a person’s identity. Whether, and by what process, a person chooses to reveal it is an incredibly personal decision.

Americans have come to expect that the government will stay out of their most personal and private decisions. This is why our laws allow families to determine the end of life treatment for their loved ones and defer to parents as to how they want to educate their kids.

Judges should not be excepted from the liberties they spend their careers protecting. Requiring them to opine about the future of their personal lives would render the price of becoming a judge simply too much to pay. There is nothing ethical and nothing American about inflicting this unjust requirement on our keepers of justice.

Reprinted with permission from The Sacramento Bee; read the original here.