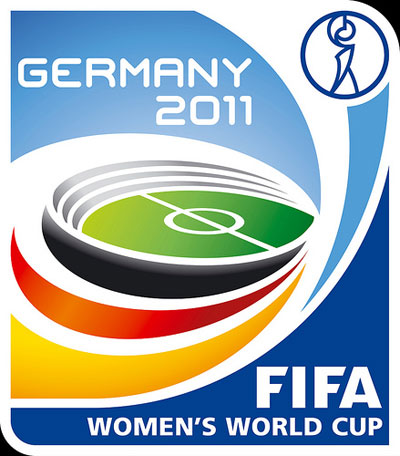 Tomorrow morning, the U.S. women’s soccer team will take on North Korea in their first match of the FIFA Women’s World Cup, which began yesterday. While the international championship itself is sure to be exciting, many events leading up to it have already been making headlines around the world.

FIFA, the international governing body of soccer, and its president, Sepp Blatter, have faced a number of recent scandals, including disqualifying the Iranian women’s soccer team in a pre-Olympic match because the team’s hijabs did not meet FIFA requirements. (In similar recent news with a better outcome, FIBA–the international governing body for basketball–has bent its rules to allow Orthodox Jewish basketball player Naama Shafir, a member of the Israeli national team, to cover her arms with skin-colored sleeves, as required by her faith.)

Women’s soccer, like many women’s sports, is still trying to emerge from the shadow of male domination. The men’s World Cup began in 1930, but the women’s is just celebrating its 20th anniversary. Although women continue to make strides towards equality in athletics, discrimination at all levels still still remains.

In addition the broad discrimination against women in athletics, some women athletes experience further discrimination within their own teams. For example, Nigerian women’s soccer team coach Eucharia Uche has proven herself to be a kind of Nigerian version of former Penn State basketball coach Rene Portland, demanding that there be no lesbians on the her team and calling homosexuality “spiritually, morally very wrong.” Uche has even brought in Pentecostal ministers to try to pray away her players’ sexual orientation. Several women have been kicked off of the team not for lack of talent, but for their perceived sexual orientation.

Though just one soccer team’s policy, this is a reminder of homophobic attitudes towards women athletes and the LGBT community in general in Africa. Homosexuality is illegal in more than 30 African countries, and even in the only country on the continent in which gay marriage is legal, South Africa, the general public does not except homosexuality. So-called “corrective rape” is perpetrated on more than 500 women a year in South Africa, and in some cases has also escalated to murder. Since lesbians are often mocked in South Africa and thus might well be afraid to report their rapes, the true number of women affected by this horrific crime likely far exceeds the official numbers. Women athletes who are assumed to be gay (even if they aren’t) have been targeted, the most prominent case involving well-known soccer player Eudy Simelane, who was brutally gang raped and murdered for her open lesbianism and outspokenness on gender issues.

Coach Uche’s discrimination has not just affected Nigerians: Equatorial Guinea’s first qualification for the World Cup has been mired by the Nigerian team’s complaints that two women on the team were not biological females. Despite gender tests proving that they are, the complaints were so persistent that the sisters in question–Salimata and Bilguisa Simpore have resigned from the team just before the finals, a situation that is reminiscent of the Caster Semenya upheaval.

Perhaps the most disturbing pre-World Cup news involves the disappearance of activist and sports photographer Maryam Majd. She was last heard from awaiting her flight from Tehran to Dusseldorf, Germany, to cover the Cup, and one report said she has been, as feared, arrested by the Iranian government. She is one of the few Iranian photojournalists who specialize in women’s athletics, and her photos were often censored by mainstream media. Majd had also drawn attention and criticism from her government for supporting women’s rights and demanding that women be allowed into stadiums to watch soccer games with men.

Despite setbacks, women’s participation in sports around the world has been increasing, and even FIFA is launching a campaign to increase women’s and girls’ global participation in soccer “Live Your Goals.” (And hopefully FIFA will now keep Blatter from opening his mouth about women players, as when he famously said in 2004, “Let the women play in more feminine clothes like they do in volleyball … They could, for example, have tighter shorts.”) The organization has predicted that this year’s Women’s World Cup will be “the most successful edition ever of FIFA’s flagship women’s event.”

If sexism, homophobia, racism, government repression and antipathy toward certain religions are lessened, it will be even better in the future.