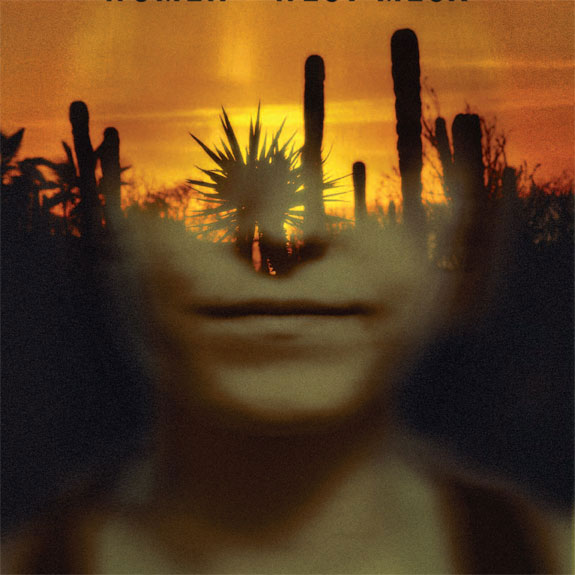 Since 2009, when the bodies of eleven women–many of whom worked as prostitutes–were found in a mass grave on the west side of Albuquerque, I’ve been researching and reporting on those still-unsolved murders. So as news of a prostitution ring here in New Mexico broke last week, I couldn’t stop reading about the investigation–and wondering about the 200 women reported to have been drawn into the ring.

On Wednesday of last week, the Albuquerque Police Department arrested the former president of the University of New Mexico for involvement in an online prostitute site called “Southwest Companions.” F. Chris Garcia, a 71-year-old Albuquerque resident, author and professor emeritus, had been interim president of the university in 2002-2003.

According to a post at Albuquerque’s alternative weekly, The Alibi:

[Lt. William] Roseman said at a news conference today that Garcia was a moderator on the site, along with six other men. There were levels of involvement for new customers, he said, starting with a probationary, moving to “verified” and then to “trusted.” In order to leave the probationary phase, men would have to have sex with a prostitute, he said, and then the prostitute would send an email describing the act and fee to the moderator. …

Roseman said it’s unclear whether Garcia made much money moderating Southwest Companions. In the days preceding his arrest, Garcia was attempting to pull down his posts and delete all connection to the site, said Police Chief Ray Schultz.

Wait, what was that? A seven-man hunt club?

According to another story, in the Santa Fe New Mexican, Garcia was known by the username “BurquePops”:

According to an arrest affidavit, a confidential informant told police that the role of ‘BurquePops’ was ‘to locate females outside of the ones already posted on the website for the acts of prostitution,’ and that he had gotten ‘about 20 females’ to join Southwest Companions for acts of prostitution.

(As an aside, the New Mexican‘s headline for the story is inappropriate, to say the least. “Hooker scandal snares UNM ex-president”? How about “UNM ex-president accused of snaring and exploiting women”? Too many words, I know.)

I suppose I shouldn’t be surprised by the slant of the coverage. Publicly, people often view prostitution with disgust or derision. (Or just plain ignorance, believing that “loose,” sex-crazed women are out on street corners tempting hapless men.) Meanwhile, the news media has a tendency to treat it like a joke–using words like hooker or call girl and ignoring the fact that many prostitutes are drug-addicted women trapped within a cycle of poverty, abuse and despair.

In the course of reporting the West Mesa murders, I have learned more than I ever wanted to know about how some of Albuquerque’s women actually become involved in prostitution–and how vulnerable they can then become to violence.

During a 2010 interview, founder Lisa Simpson of Crossroads for Women–a nonprofit that offers housing along with counseling, life-skills classes, group therapy, vocational services and family services for women who have been incarcerated–explained to me the connection between homelessness and prostitution among her clients. The women Crossroads serves are survivors of childhood sexual and physical abuse, have mental illness and addiction issues and most have been victims of domestic violence. It’s hard for them to escape their homelessness, and abusers and criminals prey on them. Many then turn to prostitution.

“The women that we’re working with generally are engaged in prostitution either to feed their addiction or for a roof over their head,” Simpson told me. Once women maintain their sobriety and can support themselves financially, they no longer resort to prostitution: “It wasn’t really a career choice, you know?”

So while some news stories have referred to Garcia as a “talent scout,” [PDF] let’s just dispense with the euphemisms. Those accused are innocent until proven guilty, but anyone actively seeking to bring new women into a life of prostitution is more likely to be a predator exploiting desperate women than a scout “discovering” talent.

When The New York Times reported on the situation, they quoted Lt. Roseman as saying “This was about sex,” because the clients had “too much to lose” to go looking for street prostitutes. “They needed a safe place where they could go to do this,” said Roseman.

And that’s the clincher for me. Men needed a safe place to exploit women? What about the safety of those women?

The serial killing of prostitutes is well-known in the United States.There have been clusters in New York; Los Angeles; Milwaukee; Lawton, Oklahoma–just to mention a few spots–and of course right here in Albuquerque.

But it’s not just murder, either. In 2004, the American Journal of Epidemiology published a study of mortality rates in women in prostitution in Colorado Springs. And the results weren’t pretty.

As the excitement surrounding the arrests inevitably dies down, some stark realities deserve everyone’s attention: Some 200 women had been desperate enough to be recruited into a prostitution ring. And some 1,400 male “clients’ in New Mexico willingly played a part in that.