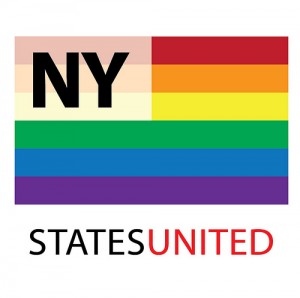 On Monday, June 13, I arrived in Albany for what turned into a two-week marathon. From the first day, when I and fellow advocates–I’m national campaign director of Freedom to Marry–made the recommendation to Governor Andrew Cuomo to move the marriage legislation forward, to last Friday night when I had the honor of standing behind the governor as he signed the marriage bill into law, the two weeks were full of intensity and nervousness, exhilaration and frustration and, finally, tremendous joy.

How did we pull this historic victory off? Fresh from this triumph, and with lessons from my work in marriage battles from Massachusetts, Vermont, Connecticut and California to draw on, I want to share my best thinking on the components that enabled us to win:

1. Share our stories. First and foremost, this victory came about as a result of years of work and myriad conversations making the case for the freedom to marry. The Empire State Pride Agenda has been leading the way in New York, helping elevate the voices of same-sex couples in every part of the state, engaging hundreds of clergy through their Pride in the Pulpit effort, enlisting organized labor and business leaders to speak up for marriage, cultivating relationships with electeds at every level of government. It’s that persistent, hard work that moves hearts and minds over time, and in New York it had been well-executed. New York also benefited from the work of advocates in neighboring states to secure the freedom to marry–Connecticut and Massachusetts in particular. New Yorkers saw that marriage supported loving and committed couples and families in those states and hurt no one at all. As a result, by this year, a full 58 percent of New Yorkers supported the freedom to marry.

2. Demonstrate electoral strength. After the gut-wrenching 2009 loss for gay marriage in the state senate, Fight Back New York–an independent entity led by Gill Action Fund donors and staff–took on both Democrats and Republicans who voted against the freedom to marry. The levels of funds invested ($800,000), the strategic approach used to identify targets and capitalize on their vulnerabilities and the success in unseating three incumbents, demonstrated that we would be relentless until we had a pro-marriage majority in the senate.

3. Get support from the governor. Andrew Cuomo’s leadership in advancing this legislation was nothing short of masterful. Never before has a governor taken charge of marriage legislation and steered it through a legislature with such determination, conviction and political skill. It’s been especially heartening to read in these past few days that Gov. Cuomo’s leadership on this issue has bolstered him as a Democratic frontrunner for the presidency in 2016 in the eyes of pundits–we’ve sure come a long way.

4. Execute a Republican strategy. When the Republicans regained control of the senate in the 2010 elections, the conventional wisdom was that the marriage bill stood no chance. LGBT advocates led by Gill Action assembled a top-notch Republican advocacy team to mount the Republican lobbying effort. Freedom to Marry partnered in this effort to supplement the communications effort and conduct in-district polling, using the Republican conference’s main pollster to help show certain Republicans that a pro-marriage vote would not be harmful. Additionally, our coalition enlisted prominent Republican business and political leaders to make the moral and political case for marriage to Republican senators. We worked overtime to enlist Republican supporters at the local level to make the case to their own lawmakers. In the end, we together convinced enough Senate Republicans that allowing a vote on the bill and ultimately advancing the bill was both right and politically strategic–the first time ever that a Republican-controlled legislative chamber has voted for the freedom to marry.

5.  Form a coalition. Freedom to Marry, the Empire State Pride Agenda, and the Human Rights Campaign, along with Marriage Equality New York and Log Cabin Republicans of New York, joined forces as New Yorkers United for Marriage Coalition to integrate the work each organization was doing on its own. For the last few weeks of the campaign, a core group of us spoke on the phone every morning at 8:30 AM and our communications staff spoke daily for the final month of the campaign. We dealt honestly with organizational interests and did our best to ensure they did not get in the way of the bigger goal of winning.

6. Engage lawmakers in the field. Our field effort needed to have two outcomes: First, we needed to demonstrate to senators who had not voted with us that large numbers of their constituents supported the freedom to marry. Second, we needed to get couples, parents and families to sit down with lawmakers and make personal appeals about why marriage matters to them. Our coalition of organizations worked together to generate those contacts, ultimately ensuring that lawmakers heard directly from more than 125,000 New Yorkers. This was accomplished through boots-on-the-ground organizing, with close to 40 organizers spread out across the state organizing phone banks and getting people to call their lawmakers from shopping centers, festivals and churches–wherever people congregated. In addition, we ensured that each of the lawmakers on our list had sit-down, heartfelt conversations with same-sex couples and their families.

7. Enlist unusual suspects. From businesses including Xerox, Alcoa, and McGraw-Hill, and the heads of Morgan Stanley, Goldman Sachs, and Citigroup, to an unprecedented number of pro athletes including NBA star Steve Nash, New York Rangers star Sean Avery, and New York Giants great Michael Strahan, our coalition was able to put forward counter-intuitive voices, showing how mainstream the issue had become and giving greater license to moderate senators to change their positions.

8. Create a communications drumbeat. We set a very high bar to have an announcement every day of the campaign–a key endorsement, a new poll, success in the field work–that we would roll out to newspapers and television stations across the state. We also trained couples in key parts of the state to become media spokespeople so that we could generate human-interest stories highlighting the importance of marriage to those couples. We engaged bloggers together and coordinated and shared use of new media tools.

9. Raise dollars locally New Yorkers United for Marriage expended approximately $2 million on its media and direct mail campaign (not counting the funds that coalition partners put into the push). The vast majority of those dollars came from local, New York sources. While out-of-state funds from our movement’s familiar funders were a key part of the effort, they were a relatively small percentage of the total.

10. Don’t reinvent the wheel. There is no “one size fits all” campaign model; each campaign must take into account the political context as well as the relative strengths and weaknesses of the parties involved. What is clear, though, is that successful campaigns need to incorporate most of the above components. A tight-knit coalition capable of building on what the marriage movement has done right and not just reinventing the wheel has proven effective. It’s what Freedom to Marry and our partners achieved in New York, what national and local partners built in Massachusetts, and it’s proving successful in our collective efforts to fend off a repeal of the freedom to marry in New Hampshire. While we cannot always control who the governor is, we do know how to put forth our best effort and run smart and winning campaigns. We at Freedom to Marry are eager to carry the New York momentum forward and partner up in the next round of states to bring home more victories. So … let’s go!

Photo from Flickr user mediacutts under license from Creative Commons 2.0

Marc Solomon joined Freedom to Marry after serving as executive director of MassEquality. Solomon led the campaign to defeat two constitutional amendments in the first freedom to marry state in the nation, beating back attacks by the Catholic Church, President George W. Bush, Gov. Mitt Romney, and the right-wing anti-gay industry. Following the victory in Massachusetts, Solomon consulted with state-wide equality organizations in Connecticut and Vermont as well as Freedom to Marry, as part of the nationwide effort to end marriage discrimination.