“Should I Do It?” To Women Who Struggle with Porn-Driven Sex - Ms. Magazine
Skip to content 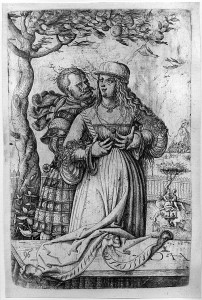 Usually I address my writing about pornography to men, who are the majority of the consumers of sexually explicit material. But after a recent conversation with a woman friend, I was reminded of how often women who raise concerns about the sexism of pornography are discounted as being overly sensitive, prudish or unable to see things objectively. Since I’m a man, you can be assured–of course!–that I am not overly sensitive or prudish, and that I’m completely objective. So, if you are a woman who is struggling to get your partner to understand your concerns about pornography, I suggest you send this essay to him with a note at the top that says, “It’s not just women who think pornography is sexist.” Then add a note at the bottom that says, “You shouldn’t have had to hear it from a man to take me seriously.”

First, to give credit where credit is due: Everything I know about pornography I learned from women or discovered because of the feminism I learned from women. From the feminist anti-pornography movement that emerged in the 1970s and ‘80s, I learned to critique the system of male dominance and my own place in it. So, there is little that is original in this essay, but much that is important to keep saying.

When I present the radical feminist critique of pornography in public, I am often approached afterward by women with some version of this question:

My husband/boyfriend/partner wants me to do [fill in the blank with a sex practice that causes pain, discomfort or distress for the woman]. I love him, and I want to be a good partner. Should I do it?

The answer to the question “Should I do it?” is simple: No one has an obligation to another person, no matter what level of commitment in a relationship, to participate in any sexual activity that causes pain, discomfort or distress. People can discuss desires honestly and be open to sexual exploration, yet be clear about what crosses the line and is not acceptable.

Because I’m a man, women sometimes assume I can also provide a simple answer to their next question, “Why does he want to do that to me?” There is a simple, though not pleasant, answer rooted in feminism: In patriarchy, men are socialized to understand sex in the context of men’s domination and women’s submission. The majority of the pornography that saturates our hyper-mediated lives presents not images of “just sex,” but sex in the context of male dominance. And over the past two decades, as pornography has become more easily accessible online and the sexual acts in pornography have become more extreme, women increasingly report that men ask them to participate in sex acts that come directly from the conventional male-supremacist pornographic script, with little recognition by men of the potential for pain, discomfort or distress in their women partners.

The third, and most challenging, question is: “Why can’t he understand why I don’t want that?” The strength of sexual desire plays a role, but here the answer is really about the absence of empathy, the lack of an ability to imagine what another human being might be feeling. Pornography has always presented women as objectified bodies for male sexual pleasure, but each year pornography does that with more overt cruelty toward women. The “gonzo” genre of pornography, where the industry pushes the culture’s limits with the most intense sexual degradation, encourages men to see women as vehicles for their sexual pleasure, even depicting women as eager to participate in their own degradation.

After more than two decades of work on this subject, I have no doubt of one truth about contemporary pornography: It is one way that men’s capacity for empathy can be dramatically diminished.

This is why pornography matters beyond its effects in our private lives. Empathy is not itself a strategy for progressive social change, but it is difficult to imagine people being motivated to work for progressive social change if they have no capacity for empathy. Politics is more than empathy, but empathy matters. Empathy is a necessary but not sufficient condition to do work that challenges the domination/subordination dynamic of existing hierarchies–work that is crucial to a just and sustainable future.

For women who want to communicate their need for sexual integrity to partners, and for men who want to transcend the pornographic imagination and empathize with their partners, the feminist critique offers a critique of male dominance and a vision of equality that can help. Instead of turning away from the unpleasant realities about how pornography is made, rather than ignoring the inhumanity of the images, rather than minimizing the effects of men’s use of pornography–we should face ourselves and face the culture we are creating.

As long as we turn away from that task, the pornographers will continue to profit. We need ask what their profits cost us all.

Robert Jensen, Emeritus Professor in the School of Journalism and Media at the University of Texas at Austin, is the author of The Restless and Relentless Mind of Wes Jackson: Searching for Sustainability (University Press of Kansas, 2021). His other books include The End of Patriarchy: Radical Feminism for Men (2017); Plain Radical: Living, Loving, and Learning to Leave the Planet Gracefully (2015); Arguing for Our Lives: A User’s Guide to Constructive Dialogue (2013); All My Bones Shake: Seeking a Progressive Path to the Prophetic Voice, (2009); Getting Off: Pornography and the End of Masculinity (2007); The Heart of Whiteness: Confronting Race, Racism and White Privilege (2005); Citizens of the Empire: The Struggle to Claim Our Humanity (2004); and Writing Dissent: Taking Radical Ideas from the Margins to the Mainstream (2001).  Jensen is host of “Podcast from the Prairie” with Wes Jackson and associate producer of the forthcoming documentary film Prairie Prophecy: The Restless and Relentless Mind of Wes Jackson.  Jensen can be reached at rjensen@austin.utexas.edu. To join an email list to receive articles by Jensen, click here, and follow him on Twitter @jensenrobertw.