Who're You Calling a Lady? - Ms. Magazine
Skip to content 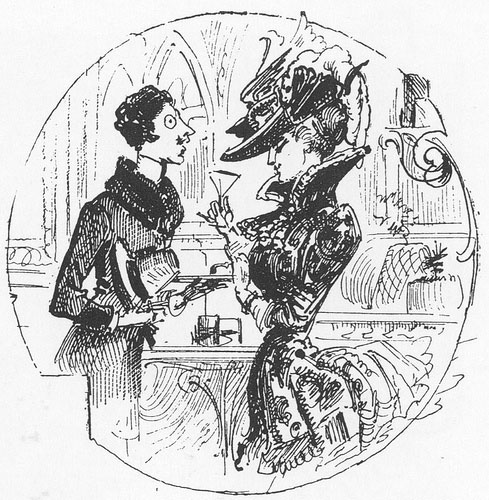 This week, Rep. Allen West (R-FL) reminded American women that in order to be afforded due respect from him and ultra-conservatives like him, they need to act like ladies.

The gentleman from Florida, who represents thousands of Medicare beneficiaries, as do I, is supportive of this plan that would increase costs for Medicare beneficiaries, unbelievable from a Member from South Florida, slashes Medicaid and critical investments essential to winning the future in favor of protecting tax breaks for Big Oil, millionaires, and companies who ship American jobs overseas.

In response, Rep. Allen West sent a personal attack in the form of an email to Schultz cc’d to Congressional leadership. In it, he called the Congresswoman “the most vile, unprofessional, and despicable member of the US House of Representatives” and a “coward,” and told her to “shut the heck up.” Then he wrote this:

You have proven repeatedly that you are not a Lady, therefore, shall not be afforded due respect from me!

Within minutes, #ActLikeALady became a trending topic on Twitter, begging the question: What the heck does it mean to act like a lady, anyway? In fact, the etymology and usage of the word “lady” is fascinating, and may shed some light on what Rep. West was trying to say with his statement.

Looking at Rep. West’s choice to capitalize “Lady,” it’s possible he wants Rep. Wasserman Schultz to marry a Lord or an otherwise wealthy, high-class gentleman in order to earn the distinguishing title. Looking at other common usages of the word “lady,” it’s also possible that he wants Rep. Wasserman Schultz to own rental properties (landlady), run her household (lady of the house), become a deity (Our Lady the Virgin Mary), become a prostitute (lady of the evening), become homeless (bag lady), or clean houses (cleaning lady). Or maybe he’s hoping her husband will run for president, which would make her the First Lady (unlikely).

But what Rep. West was likely getting at was that Rep. Wasserman Schultz should be acting more “lady-like,” i.e. following the standards of behavior for fine and proper high-class women of the 19th century. According to West, unless she “shuts the heck up,” as many ladies of old undoubtedly had to, a modern woman does not deserve a man’s respect.

Politics, however, is a place where women should (and must) speak their minds. So I would argue that there is no place for a “lady” in politics because a “lady,” with her demure deference and decorum, wouldn’t get anything done. There is a place in politics for women, however–women like Rep. Wasserman Schultz, who was the first Congress member to speak out against the “No Taxpayer Funding for Abortion Act.” Thanks to her outspokenness, the GOP dropped the “forcible rape” language from the bill. Rep. Wasserman Schultz, a staunch advocate for women, follows in the footsteps of Bella Abzug, a Congresswoman who served from 1971 to 1977 and famously said: “This woman’s place is in the House—the House of Representatives.”

So I, for one, am grateful that Rep. Wasserman Schultz is not a “lady,” even if it means she must sacrifice the respect of a Tea Party conservative with the maturity of a middle-schooler. (Such a loss!)

Ironically, Rep. Wasserman Schultz bestowed the title of “gentleman” on Rep. West in her original statement, following Congressional custom. Looking at the Wikipedia entry on “gentleman” (which is three times longer than the entry on “lady,” by the way), it seems the word either refers to a man with education and family distinction, or a man with good manners. I think Rep. Wasserman Schultz was being a bit generous in this case, showing us that you don’t need to be a “Lady” to take the high ground.