42 Years After Stonewall, A Look at Policing of Queer and Trans People - Ms. Magazine
Skip to content 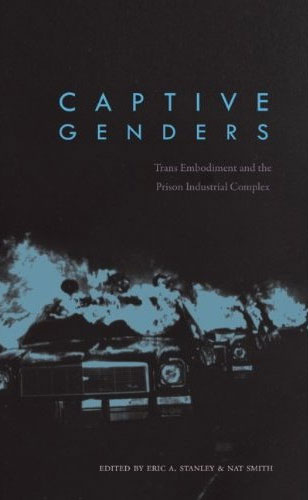 Forty-two years ago, the Stonewall riot was sparked by a police round-up of trans women and drag queens. Now, a new anthology from AK Press, Captive Genders: Trans Embodiment and the Prison Industrial Complex, shines a bright light on how trans people are still “pathologized, terrorized and confined” by the U.S. justice system.

Below, Captive Genders editor Eric Stanley interviews contributors Yasmin Nair and Ralowe T. Ampu about how we can commemorate Stonewall and why the movements for trans/queer liberation and prison abolition must join together.

Eric Stanley: It’s the 42nd anniversary of the Stonewall uprising, and it seems for many trans and queer folks that little has changed in terms of police harassment and imprisonment. Obviously corporate gay pride celebrations are not the answer, so how do you two think we should commemorate Stonewall?

Yasmin Nair: I’d like us to think beyond and outside Stonewall. While clearly an important and historic event, pretending that this was the sole and singular event that somehow caused a radical uprising that then changed queer history forever erases the fact that such moments of protest were going on before Stonewall–in the 1966 Compton’s riot in San Francisco, for example, or in Chicago, at the raid on The Trip, a gay bar, in 1968.

That being said, the commemoration of Stonewall or any queer uprising presents us with additional problems. On the one hand, mainstream gays and lesbians and straights continually erase the reality that such moments were largely initiated by trans people, hustlers, drag queens, very, very angry queens and queers–precisely the sort of misbehaving misfits they’d like to pretend don’t exist. On the other hand, as the rest of us work to reinstate the central figures of Stonewall and other events, I’m also concerned about our unquestioned assumption that simply recovering these “forgotten heroes” is in itself a radical act.

Frankly, I’m suffering from hero fatigue, and I’m tired of Pride parades which, even when they resist corporate takeovers, never go beyond some vaguely sexualized idea of a “radical” celebration that does nothing to really think through the neoliberal nightmare we live in.

Forty-two years later, we still see … a lot of queers, especially the ones who don’t conform and can’t get jobs with health care and benefits, end up penniless. A lot of the drag queens and hustlers who participated in riots ended up bereft. I’m not interested in recovering them as lost heroes/heroines; I want to see more of a discussion about how they weren’t just screwed over by people who couldn’t stand their sexual identity, but by capitalism.

Ralowe Ampu: The only ethical way to remember Stonewall is with another riot. To attempt anything else would be to deny that these riots were moments of the powerless seriously asserting themselves in a hopeless situation.

ES: Ralowe, in your piece “Hotel Hell” you situate the single-room occupancy [SRO] hotel you live in as a manifestation of the prison-industrial complex. What do you think is unique about SROs that we should understand them in this way?

RA: In my experience in San Francisco, single-room occupancies are specifically about containing and policing poor people. Hotel operators want to prevent “freeloaders” (multiple people in one room). I can only have 10 overnight visitors a month. All my visitors also have to show “proper” identification and are filmed on camera before they can be let through. Most of my neighbors are in between some other form of institutionalization.

ES: Yasmin, your piece calls on us to understand the “good immigrant vs. the bad immigrant” binary. Can you tell us more about that?

YN: In Chicago, DREAM Act activists, predominantly undocumented youth who would benefit from the legislation, have used the rhetoric of “coming out” to form a kind of solidarity with the gay movement and to emphasize that they are the “good” undocumented: the ones who will be “productive” citizens.

But there are many countless numbers of youth who have not been able to access the same advantages because they and their parents never “made it.”  These are the youth most susceptible to the prison industrial complex because they offer nothing to the state in return and lack the economic and cultural capital that is being accessed by the “good” ones. Immigrants’ rights groups are not going to fight the deportations of “slacker” undocumented youth or those who are openly critical of the military component. But what do we then do about the youth left behind?

ES: Yasmin has been active with Gender JUST in Chicago, and Ralowe with Gay Shame in San Francisco. How are you or your groups already working to support a trans/queer abolitionist politic?

RA: With a group of people organizing outside the non-profit industrial complex–mostly from Gay Shame, LAGAI-Queer Insurrection and Anarchist People Of Color–we worked on the campaign to free the New Jersey 4 and build a larger queer and trans abolitionist conversation.

YN: Our work is embedded in a deep awareness of how the prison-industrial complex affects our lives. We don’t support anti-bullying legislation, which makes it easier for schools to “fix” the problem by sending bullies into the correctional system–we advocate instead for the principles of restorative justice. We have consistently been against hate-crimes legislation. We don’t see queerness as existing separately from poverty and economic inequality.

Excerpted with permission from the AK Press Blog.

Stay tuned for a Ms. Blog review of Captive Genders.