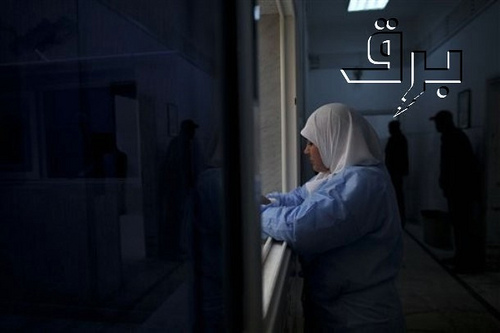 The war in Libya has–unintentionally and unexpectedly–opened up more opportunities for women. According to The Guardian, prior to the war, the city of Misrata was prosperous enough to hire nurses from the Philippines to work in its hospitals. After the conflict started, they all fled and now women medical students, who (unlike male students) are not usually allowed near a patient for three years, have been hard at work caring for the wounded.

“When I came here I didn’t know anything, not the names of the instruments, nothing,” said Hannin Mohammed, 21. “Now I know so much. I am working with the patients.”

This increased equality within the hospital has carried over into the public sphere. “Before the war we could not go to a café. Big trouble,” 21-year-old student Faten Abd told The Guardian. “If you went to a café there would be too many eyes looking at you…Now we can do it, nobody minds.”

Misrata’s two main hospitals were destroyed in the fighting, so the nurses carry out their work in a large white tent erected on one side of the car park of Hikma. The all-men doctors instruct women students which patients should be operated on first. The Guardian described the scene:

Hikma is cramped and overcrowded; on the far side of the car park is a refrigerated truck that once delivered orange juice and now serves as the morgue.

“Every time I hear an ambulance my heart sinks,” says Fatma Mohammed, 21, admitting the work is incredible traumatizing.  “I hope that it is not someone from my family.” Despite incredible tension and upset, the women nurses are an image of strength. “We don’t cry in public,” explained Amna Obied, 23. Their display of courage has affected how they’re treated by the male staff members.

“The attitude to the women has changed,” says Dr. Terek Bensmail, a Misratan doctor who works in Coventry but has returned since the fighting began. “Without them there would be a disaster. The way they have done things it’s put them in front in the equality issue.”

But many barriers remain: The nurses must be brought to work each morning by their fathers as most are unmarried and cannot be in a car with anyone but a male relative. The National Transitional Council (NTC)–the group fighting against Muammar Gaddafi–is all men. The nurses are not optimistic about gaining equal status, regardless of what happens in the rebels’ ongoing battle against forces loyal to Gaddafi. “This is about the tradition, not about Gaddafi,” Obied said.

But their new role in caring for the wounded on the frontlines of the war has ignited even small hopes of achieving gender equality after the conflict.