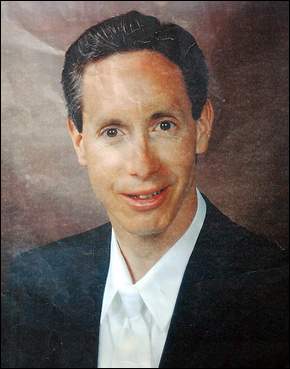 Polygamist sect leader Warren Jeffs was found guilty on August 4 of sexual assault on two girls–a 12-year-old and a 15-year-old who he considered his “spiritual wives.” On August 9 he was sentenced to life in prison for his crimes; the 55-year-old Jeffs will be eligible for parole when he’s 90.

In a courtroom in San Angelo, Texas, in August 2011, Fundamentalist Church of Jesus Christ of Latter-Day Saints (FLDS) leader Warren Jeffs defended himself against the charge of sexual assault on the basis of religious freedom. It was an outrageous defense given that the women and children of his FLDS have no freedom whatsoever, religious or otherwise. Their minds have been coerced, cajoled and controlled since the moment of birth.

I grew up in the little town of Granite, Utah, just down the road from the Jeffs compound in Little Cottonwood Canyon. Warren Jeffs went to my high school. We were LDS, and they were FLDS, the polygamists in town. We saw them as outcasts, the sinners behind the wall. As I listened to his droning voice on YouTube giving instructions to the young girls in his sect about “keeping sweet” and “clean” and how “a thought is as bad as an action,” my body reacted viscerally, as if he was speaking to me. I realized those were the same words I heard as a child in my LDS Sunday school, the same words my mother heard. But then the Fundamentalist Church of Jesus Christ of Latter Day Saints (FLDS) and the Church of Jesus Christ of Latter Day Saints (LDS–commonly known as the Mormon Church) came from the same roots. Both trace their teachings back to Joseph Smith. They read the same religious texts and follow the same basic doctrine, except for the doctrine of polygamy–the LDS Church is against polygamy now, at least until the afterlife.

My father’s grandfather was a polygamist. He had three wives. Brigham Young brought him over from England to run the flour mills for the LDS Church. Later, they made him the custodian of the Gardo House, a Victorian mansion in downtown Salt Lake City where men came to meet secretly with their wives after polygamy was rescinded by the LDS Church in 1890. I’ve got to admit that as a child, I felt a sense of pride in my polygamist great grandfather. After all, Brigham Young was a prophet. He was a man who talked to God, and my great grandfather was a man the prophet relied on.

I often wondered if that was why my father became so interested in polygamy: He wanted to carry the legacy of his grandfather. He knew polygamy was against the law. He knew he would be excommunicated from the LDS church if he went down that road. But he was seduced by ideas that had been put into his heart and mind when he was a child–the idea that he could talk personally with God, that he could become a God himself if he lived right and if he found himself at least three wives. When I was about 12, he started to meet with different groups of polygamists, investigating the old doctrine, talking with people who believed the LDS Church never should have rescinded polygamy. His exploration forced my mother to face the devastating specter of living a polygamous life, of being excommunicated from the LDS church and becoming an outcast–along with her 11 children. The problem was, she loved him. And she had 11 children. What was she going to do? Refuse to go along with him? Women didn’t get divorced in those days, not in a small town with a population of  260 primarily LDS and FLDS people, a town in the heart of Mormon Utah. It was unthinkable.

My father’s meetings with the polygamists took place in secret, behind closed doors or away from home, and he and my mother never talked about it when we kids were around. However, I did hear her say, “If there’s polygamy in heaven, I don’t want to go there,” and I’d find her crying in the bathroom with a towel over her head.

Then one day my father said he was going to move us all down to a piece of property in the desert. It was out in the middle of nowhere on the outskirts of Hurricane, the same small Utah town where Warren Jeffs was held in Purgatory Jail before his first trial in 2006. My father said he wanted us to live the Law of Consecration, the old Mormon doctrine the FLDS still live by, wherein everything you own is given over to the Church. Maybe he wanted to be a prophet, like Joseph Smith. Maybe if he was a prophet, living and teaching the Law of Consecration, then God would talk to him and tell him what he needed to do to reach exaltation and become the god of his own world in the “next” life.

The problem was, we kids refused to go. We didn’t want to leave our school and our friends. My father didn’t have the power to make us go, and he didn’t have the upbringing or the followers of a Warren Jeffs to create a community in the desert without us. He only had his wife, his 11 children and his friend–who did go ahead and marry a second, younger wife. That friend was immediately excommunicated from the LDS Church, and subsequently his first wife divorced him. Maybe that’s when my father began to realize that going back to the old ways might not go exactly as planned.

My father was not able to start his own religious community, but he did manage to break my mother’s heart. She truly loved him, and she had been taught to honor and obey him and to rely on his priesthood as her access to God, her access to the Celestial Kingdom (the highest degree of heaven for both LDS and FLDS). I’m sure he coaxed her, read scriptures to her, and tried to convince her that the old ways were the right ways, and that the LDS Church should never have stopped practicing polygamy–because when they did that, they did away with his possibility of becoming a god (according to the books that he was reading).

I don’t know why this prospect of being a god was so important to my father. He obsessed over it. Even late in his life, when he had Alzheimer’s and didn’t know my name, or his own name, he was still desperate to talk with God. The idea had a hold on his mind and he couldn’t shake it. All those stories and promises of a celestial reward from his childhood were still having their effect.

Luckily, his sphere of influence was small. My poor mother was the one most hurt. She died far too young, and I am quite certain my father’s obsession with God is at least partly to blame. But is he really to blame for what he did? At what point does a person become accountable for actions if those actions are derived from their childhood indoctrination? Religious teachings instilled in children through continuous repetition are very powerful, and when words like God and Jesus and Joseph Smith and Brigham Young are taught to a child at the same time as they are learning basic words like Momma and Daddy and dog and cat, they all become equally real. Later, additional religious concepts are built on that basic foundation. It all becomes very hard to unravel even as an adult, unless people purposefully stop and force themselves to look at their beliefs as beliefs, rather than absolute reality. This, of course, is not something leaders of either the LDS or the FLDS want their members to do. Those lessons are taught for a reason.

Warren Jeffs is a product of this kind of indoctrination. As he said in court, his church has been practicing the divine law of polygamy for five generations. But Warren Jeffs was not indoctrinated to be subservient; he was indoctrinated to be the prophet, to speak with the authority of God himself. No wonder he decided to defend himself on the grounds of religious freedom. His entire life has been about religion and religious authority. He absolutely believes himself to be a prophet. He believes he receives guidance directly from God. His freedom to practice his religion is everything.

Still, I have to wonder, what happened to him in Purgatory Jail down there in Hurricane, Utah when he was arrested in 2006? He stopped eating and became suicidal. They say he banged his head against the wall. During a visit from his brother, he disavowed his role as prophet of the FLDS. A recording of the visit reveals him saying, “I am not the prophet. I never was the prophet. I have been deceived by the power of evil.” Apparently, he even sent a note to the judge disavowing his role as prophet of the FLDS.

Was that the first time he saw himself the way others might see him? Did he experience that “objectifying look” that Simone de Beauvoir describes in The Second Sex? If so, it must have been a terrifying moment. After four years of fasting and prayer in jail, he seemed to resolve his cognitive dissonance: reconstructing himself as an even stronger prophet, more sure of his power and authority. He began to rule his followers from jail, by telephone. At the trial, his defense of religious freedom didn’t work, but he probably knew it wouldn’t. Perhaps the goal all along was to become a martyr, like Joseph Smith.

The voice of Warren Jeffs, and the interviews and video and discussions about the way he controls the mind of his people, affects me in a very personal way. Not because I feel controlled myself–though I did experience a strange, surprising fear of being punished when I was writing my novel, Torn by God. No, it’s not for me that I shudder. It’s for my mother. And my father. And all those people still behind the FLDS wall, those who may never get the chance to experience a free mind.

I know what a free mind is. Surprisingly, that was a gift from my father. It was his confusion, his being caught between the old Mormon doctrine and the new Mormon doctrine, that allowed me to see that it was all just made up, that the teachings on both sides were being used to get people to act in a particular way. It’s fine with me if people choose to follow a religious leader, but they should have a real choice. Children who are brought up in an isolated sect like the FLDS have no choice because they have no access to outside information. They do not know there are other options. They do not know they have choices. Maybe that is the worse kind of child abuse.

Photo of Warren Jeffs–which was distributed by the FBI when Jeffs was on the 10 Most Wanted list–from Wikimedia Commons.

Zoe Murdock is the author of Torn by God: A Family’s Struggle with Polygamy, a novel based on real events that deals with modern issues involving Mormonism, polygamy and religious fanaticism. She grew up in a small town in Utah, but currently lives in southern California where she writes and teaches fiction full time. She is greatly concerned about the “you versus me-ism” that is becoming the norm in all realms of society, from personal relationships to politics and religion. She and her husband run every day on the mountain trails near their home to enjoy nature and bring equilibrium into their lives.