Missouri Schoolgirl Is Not Alone - Ms. Magazine
Skip to content 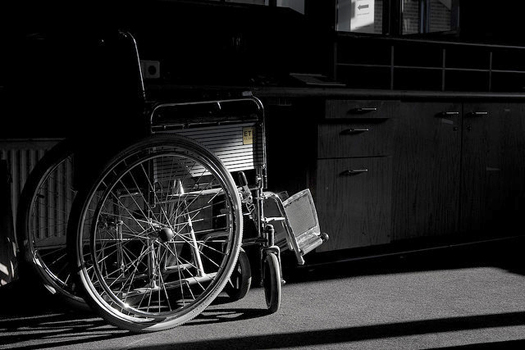 Last week we covered the disturbing story of a 12 year-old girl in Missouri who was allegedly forced to write a letter of apology to the classmate she said raped her on school grounds.

When he raped her again (and both his own confession and physical evidence corroborated the new allegation), she was suspended. She’s now suing the school, whose attorneys have called her lawsuit “frivolous.”

While this may be an egregious example, it’s far from an isolated case. The victim is described in news reports as “special needs,” and while we don’t know the extent of her disability, it’s worth noting the increased extent to which women and girls with disabilities are subjected to rape and sexual assault.

The Justice Department’s first National Study on Crime Against Persons with Disabilities in 2007 [PDF] found that women and girls with disabilities aged 12 and over are twice as likely to be sexually assaulted as women without disabilities, with 47,000 incidents that year alone. In more than half of violent crimes against people with disabilities, the victim had two or more disabilities. And of course, those are just the cases that are reported, which may be as little as 3-5 percent of incidents.

In the case of women with developmental disabilities, researchers in 1995 put the number who had experienced sexual abuse at 90 percent, with almost half of those victims experiencing abuse on ten or more separate occasions.

Why are girls and women with disabilities so often the victims of sexual violence? As with able-bodied women, most disabled women are familiar with their attacker. But they may have the additional complication of being dependent on their attacker in some way (relying on them for care or transport, for example)–an unequal power dynamic which an abuser can exploit. Another factor is that, as the Missouri case has illustrated, rape victims with disabilities are not always taken seriously. Their accounts may not be seen as credible, perhaps because they experience communication or mental health difficulties, or because people with disabilities are often portrayed and perceived as unattractive and asexual, as if rape is some warped kind of compliment bestowed only on the physically “perfect” and sexually voracious. In fact, intersecting oppressions—being a member of more than one marginalized group—increase the likelihood that a woman will experience gender-based violence, including rape.

Clearly teachers, police officers and other authorities require more specialist training in order to better understand the needs of victims with disabilities and the prevalence of violent crimes against them.

But the way the justice system treats disabled victims of crime is just one facet of society’s problematic attitude towards people with disabilities—a continuum that runs the gamut from ignorance to violence. There’s a direct link between prejudice towards disabled people and crimes against them. Anyone who doubts ableism is still a very real problem needs to wake up and smell the coffee.