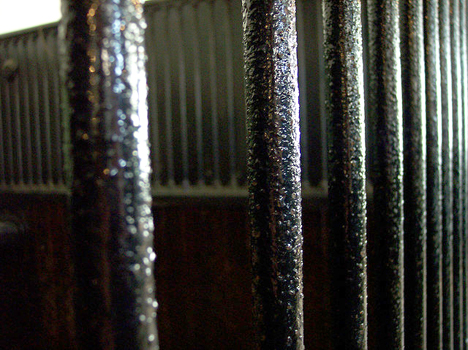 Recently, a woman was allegedly orally raped by a prison guard at Riverside Correctional Facility in Philadelphia. She reported the assault to authorities and an investigation was opened. During that investigation, officials learned that she was not a cisgender woman, as they had apparently been assuming, and promptly transferred her to a men’s prison.

Clearly, trans prison inmates are not seen to be deserving of the same rights as their cis, non-inmate counterparts. Her cousin strongly believes that the transfer to a men’s prison is retaliation for her rape allegations.

If true, this would mean that the Pennsylvania prison system essentially punished an inmate for reporting rape by subjecting her to likely future rapes. (Fifty-nine percent of trans women are sexually assaulted while incarcerated, and the vast majority of trans women inmates are housed in men’s facilities.) Even if retaliation was not the primary motive behind the transfer, the facts remain the same: A victim of prison rape has not been protected, but instead placed in a position where future prison rape is more likely than not.

The Philadelphia Inquirer, however, is far more concerned with the victim’s gender presentation and genitals than with the allegation that she was raped by a prison guard who had control over every aspect of her daily life. Indeed, they seem more concerned about the threat that the woman allegedly presented to her fellow prisoners merely by existing:

A source close to the prison system, who asked not to be identified, complained that the slip-up “jeopardized a lot of women over there [at Riverside],” adding that [the victim] tallied at least two infractions for fighting with other inmates during [the victim]’s stint in the female jail. On average, Riverside houses about 730 inmates daily, Hawes said.

Of course, it’s not noted how many “infractions” most inmates at Riverside have or whether the victim is the one who instigated the fights. It’s also not explained how, exactly, she is more of a threat than any other inmate at the prison. We’re simply supposed to “understand” that trans women are “really men,” and therefore threatening to all cis women.

Through this defamatory portrayal, we are supposed to forget that the alleged sexually violent perpetrator was a cis man. Only in a kyriarchal society could the black trans woman who was allegedly raped and then placed in a position where she is very likely to be raped again be rhetorically transformed into the “real” sexual threat.

This woman’s safety has been severely jeopardized. She needs protection and recovery services, not an incredibly more dangerous set of surroundings and public outing. The prison system has behaved abysmally, showing a blatant disregard for inmate safety. Rape is not supposed to be a part of the punishment for any crime. And this rule isn’t only supposed to apply if you’re cis.

Excerpted from The Curvature. Read the full story here.