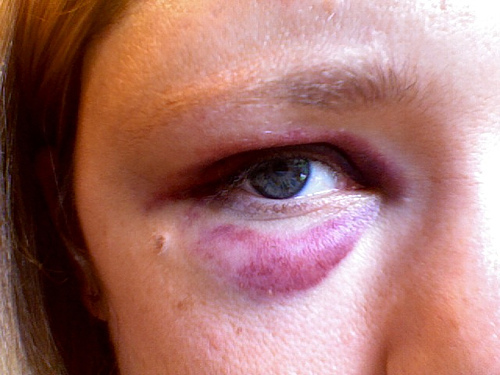 We all know the ways that violence against women affects bodies, minds and souls. Less understood are the broader impacts of violence on women’s economic lives, and how it impedes not only their personal development but that of their communities and even their nations.

On August 11, attendees at a Swiss Agency for Development and Cooperation event called “Violence Against Women–An Obstacle to Development,” heard the full story. President of the Swiss Confederation Micheline Calmy-Rey and U.N. High Commissioner for Human Rights Navanethem Pillay testified that,

The physical and psychological consequences of such acts of violence often prevent women victims from participating in the reconstruction of their socio-economic environments. Weakened or rejected, they find themselves in situations of extreme poverty.

The health problems that result from violence are no small part of the problem. Violence against women often results in disability, infection and post-traumatic stress disorder. These problems are most acute in countries where ongoing violence against women has been used as a tactic of war: Half a million women were raped in Rwanda as part of the 1994 genocide; 60,000 women were raped during the war in Croatia and Bosnia-Herzegovina; in Sierra Leone the number rose to at least 64,0000. Such large-scale violence inhibits activity even by women who have not individually suffered a rape or assault. As UNIFEM reported in 2002, when the environment is so unsafe that “women take a risk when they go out to the fields or on a road to a market” it means that they can hardly support themselves, contribute to the economy or participate in stabilizing their communities.

Violence leads to poverty; poverty exposes women to more violence. Human traffickers, for example, use promises of jobs and education to attract their victims. According to the Centers for Disease Control and Prevention [PDF], “Poverty forces many women and girls into occupations that carry a relatively high risk of sexual violence, like sex work,” and “poorer women are also more at risk of intimate partner violence.”

People might be surprised to learn that it’s not just war-torn nations that suffer economic losses because of rampant violence against women. The loss of productivity that results from violence impacts the economy right here at home:

A 2003 report by the U.S. Centers for Disease Control and Prevention (CDC) estimates that the costs of intimate partner violence in the United States alone exceed $5.8 billion per year: $4.1 billion are for direct medical and health care services, while productivity losses account for nearly $1.8 billion.

The American Institute for Domestic Violence calculates that “victims lose nearly 8 million days of paid work each year, the equivalent of more than 32,000 full-time jobs.” Given that women have been disproportionately excluded from the current recovery, with 90 percent of the jobs created in the last 12 months going to men, 32,000 jobs is far more than we can afford to lose.

Both the UN and the American Institute for Domestic Violence have programs designed to address these problems. The Institute runs a program, “Domestic Violence Targets the Heart of American Business,” that trains business owners to address the impacts of domestic violence on the workplace. In 1996, The United Nations established a “Trust Fund in Support of Actions to Eliminate Violence against Women” intended to support policies that prevent violence, provide justice to victims, and promote accountability. But more must be done. Violence against women in places like the Democratic Republic of Congo is ongoing, where, since 2005, 32,000 cases of rape and sexual violence have been counted in South Kivu Province alone.

Feminists would do well to keep making the economic argument against violence, and make it loudly. Business owners, political leaders and even philanthropists might be persuaded to get more involved once they realize that one of the things at stake is their bottom line. 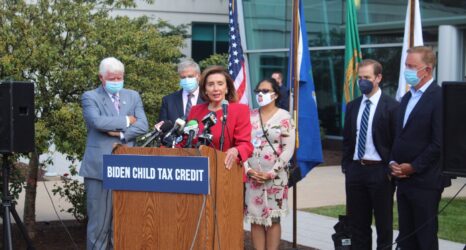 Ending Childhood Poverty: A Bipartisan Approach Is the Only Way Forward 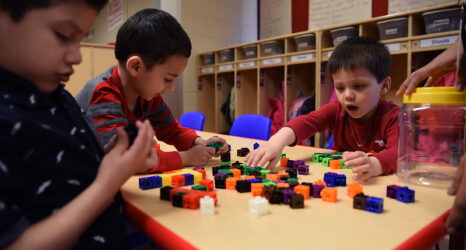 Childcare Access Is the Difference Between Economic Opportunity and Homelessness

Forced Pregnancy Is Involuntary Servitude, Violates the 13th Amendment
The Political Religions That Brought Down Roe
Oklahoma Passes Extreme Vigilante Abortion Ban, Nation’s Most Restrictive Yet: ‘A Reversal of History Right In Front of Our Eyes’