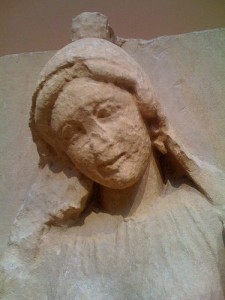 Report from the United States of America, July, 2015. Four months after the re-criminalization of abortion.

Woman #451 was 38 years old. She had just finished chemotherapy treatments for breast cancer. #451 believed she was infertile because the chemo had stopped her period. When she discovered she was pregnant, she was very afraid. Doctors had warned her that a child born so soon after treatment would be in danger. #451 herself would be in danger as well: pregnancy releases hormones that can cause the cancer to return.

#451 had nowhere to go. The government had instituted a Panel of Enforcement to decide if a woman may have an abortion. All requests the Panel received were turned down. Survivors of rape and incest, women with life-threatening illnesses, women living in poverty with no social services, women whose birth control had failed–all of them are called to stand before the panel and plead for their right to terminate their pregnancies. But all of them are told they must carry the child to term. Because God Doesn’t Make Mistakes.

Once again back-alley abortion “doctors” are running a thriving business. As in the time before Roe v Wade, women seeking to terminate a pregnancy go to dark, filthy rooms, cash in hand, and put their lives in the hands of people with little medical knowledge. Those women who survive the procedure still risk deadly hemorrhages or infections.

Doctors who once performed the legal procedure have all been arrested. Their offices have closed. Emergency rooms have been instructed to turn women over to the police if they come in with signs that they have ended a pregnancy.

Spies are everywhere. People have been so poor for so long, it is easy to find those hungry and desperate enough to call The Panel’s Secret Phone Line to report someone who had an abortion. It pays very well.

Woman #451 was so frightened she would have a recurrence of cancer that she tried to abort herself. Hours later, she realized she was bleeding and began to feel faint. She called 911, forgetting that it no longer existed. Not since the last round of budget cuts. So #451 lay down on her bed, calling her dog and cat to her side.

She could not call her lover. She did not want him arrested if he got reported for helping her. Shortly before the end, he came to her anyway. His face was grey and stoney. He sat by her side, stroking her face and telling her he loved her as the life drained from her body. When she died, he covered her with a sheet and left, taking the dog and cat with him.