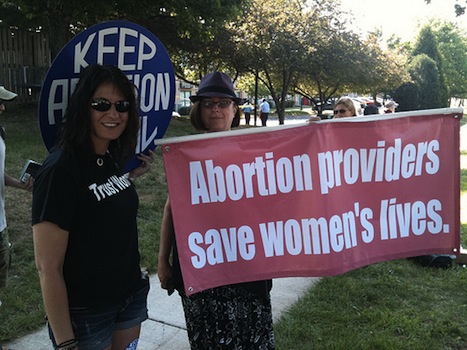 In three years, one of the most volatile on-and-off-again relationships in American history will celebrate its 30th anniversary: that of the Global Gag Rule and U.S. global policy. But if Sen. Barbara Boxer (D-Calif.) can convince her Senate colleagues, the gag rule might not live to receive its pearls.

The rule (also known as the Mexico City Policy) was instated through executive order by President Ronald Reagan in 1984, prohibiting NGOs who depend on U.S. international family planning funding from providing information about abortion services; referring patients to safe, clean, legal facilities for abortions; or simply mentioning abortion services, even as an option in countries where abortions are legal. It has been estimated to have led to the deaths of thousands of women who sought illegal, unsafe abortions because that was the only choice they had.

Sen. Boxer, along with Sen. Frank Lautenberg (D-N.J.) and fifteen other colleagues, has reintroduced the Global Democracy Promotion Act to permanently repeal the Global Gag Rule, preventing future executive orders from reinstating it. This permanence is needed because the gag rule is a political football, rescinded by President Bill Clinton, reinstated by President George W. Bush, repealed again by President Barack Obama and now up for both reinstatement and permanent repeal.

Sen. Boxer has pointed out that,

If the Global Gag Rule were applied in the United States, it would violate the First Amendment because it restricts what organizations can do or say with their own funds. Ending this undemocratic policy is long overdue.

Permanently ending the Global Gag Rule would save NGOs the heartbreak of choosing between accepting American family planning assistance under draconian anti-abortion restrictions or limiting vital services, cutting staff and ultimately closing clinics. It would also save women’s lives.