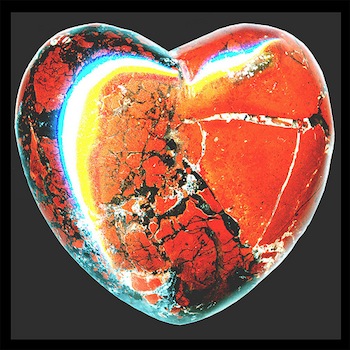 Some days I wonder if it’s not bad for my mental health to spend so much time on reproductive rights. Today is one of those days. I’m tired, and I’m pissed off, and I’m sad (see broken heart, left).

Tuesday, supporters and opponents of a “heartbeat bill” rallied outside of the Ohio statehouse to, well, support and oppose the bill, respectively. (See? When I’m this mad I can’t even write well.) Now that the Ohio Senate is back in session, the bill may be taken up at any time. The measure would outlaw abortion after a fetal heartbeat can be detected, which is often as early as six weeks into the pregnancy. At that point, many women don’t even know they are pregnant. The bill passed the House in March and stands a good chance in the Republican-dominated Senate. It then needs just the signature of proudly anti-choice Governor John R. Kasich.

I really try not to hate because it makes me feel all dirty inside. But today, I hate. I hate that people want to take my private medical decisions out of my hands and put them in the hands of the government. I hate that people think a fetus is more valuable than my own life and health. I hate that this same state legislature has already passed House bills to ban abortion after 20 weeks (before the Supreme Court-recognized threshold of viability), to prevent private insurance companies from covering abortion and to prevent public hospitals from performing the procedure altogether.

But you know what I hate most? I hate that the same people who have spent the last two years raging against government spending have written a law with the deliberate intention of provoking a lawsuit that will likely cost hundreds of thousands of taxpayer dollars to defend. This law in particular is so uncertain to survive a court challenge that Ohio Right to Life isn’t even supporting it. But as Republican Ohio House Speaker William Batchelder has said,”We’re writing bills for courts.”

And I wish that tomorrow I’ll come into work and not face any news of further threats to women’s constitutionally protected right to choose. If only wishing made it so.

In the meantime, NARAL Pro-Choice Ohio is on the job: It told Mother Jones it would have supporters outside the statehouse every single day that the legislature is in session. Go to NARAL’s site to read more about the bill, and if you live in Ohio, sign the petition of opposition. Myself, I’m going to spend the evening being thankful I live in California.