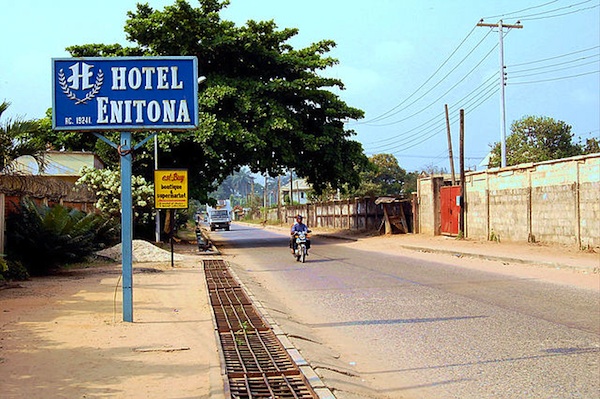 The victim begged for death several times during a brutal gang rape at a Nigerian university. The men laughed. They recorded the incident, and the tape made its way around the Abia State University campus before being posted on YouTube.

Unbelievably, the initial police response was denial. “From the look of things, I don’t think such a thing happened,” Abia state police spokesman Geoffrey Ogbonna told the Daily Mail.

Eventually, a flurry of online comments with the names of the alleged rapists did lead to the arrest of two students on September 27. They denied any wrongdoing. J.G. Micloth of the Abia State Police Command Criminal Investigation Department, who is heading the investigation, told the Daily Times Nigeria that he could find nothing to “pin them with.”

Last week, the police suspended the investigation on the grounds that the tape does not show her resisting.

They must be watching a different tape. In the one I witnessed, every time the victim tries to stand up, she is shoved back down.

The Police cannot go on with the investigation because “they cannot tell who the suspects are ‘from the legs’ in the video, amongst 70 million males in Nigeria”.
Mr Micloth yesterday said gang rape is often videoed as a tool by undergraduate boys to rubbish the self-esteem of snobbish girls.
He said even if Miss X had not consented, he figured that she was a girlfriend to one of the cultists and must have probably cheated on him and when queried, ‘insulted’ the boy. Hence he probably assembled a gang to teach her the lesson of her life!

Women from Abia and the surrounding areas gathered to protest on October 6 in Umuahia, the state capital, but the police prevented them from doing so. It’s no wonder that, as Abiola Akiyode-Afolabi of the Women Advocates Research and Documentation Centre told the Global Post:

The woman who wants to report rape does not have the confidence in the justice system in Nigeria. The police are not accountable to the people.

Let’s make them accountable. Sign the petition at Change.org to have the police resume the investigation.