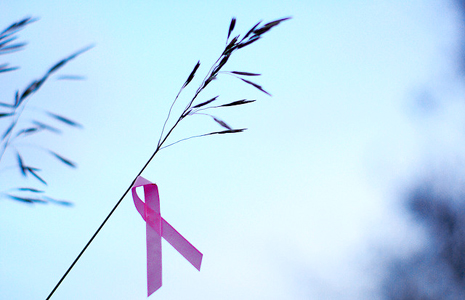 October is Breast Cancer Awareness Month and also happens to be the month, in 1986, that I first underwent surgery for my own breast cancer. I do a lot of thinking as the days grow shorter and my sense-memories of being diagnosed, having surgery, radiation and chemo grow stronger.

I was younger than 50 when I was diagnosed. If I had not gotten a mammogram, I would have been dead before I reached 50.

Yet mammograms before age 50 have been a subject of recent controversy. In 2009, the U.S. Preventive Services Task Force raised the recommended minimum age for mammograms by 10 years, from 40 to 50. Critics warned that this could mean that doctors would stop advising mammograms for women under 50, insurers would stop covering them and free health programs for low-income women would stop providing them. It also flew in the face of several facts:

FACT: A 29-year study found that mammograms for women 40-49 save lives.

FACT: Because of high unemployment, many women are now without insurance and must rely on government programs for cancer screenings. At the same time, cash-strapped states are cutting those programs.

This effectively nullified the 2009 recommendations. But we’re not out of the woods yet. There are those who want to repeal the Affordable Care Act, reopening the possibility that woman’s access to mammography would be curtailed. Pundit and former presidential candidate Mike Huckabee suggests: “We must leave Congress no option but repeal ObamaCare* by swamping Washington, D.C. with millions of our voices.“

[*ObamaCare is the name given to the Affordable Care Act by those who oppose it. I think it sounds pretty nice, myself.]

In spite of the facts, many in Congress agreed with Huckabee, and continue to propose bills to repeal the Affordable Care Act.

I called some experts to get their thoughts.

Former Chief of Staff of Cedars Sinai Hospital, and noted oncologist Dr. Barry Rosenbloom had this to say about early detection:

Delaying breast cancer screening concerns me. The earlier breast cancer is detected, the better the chance of a cure. Of course it’s worse for women in lower socioeconomic groups who have little or no health insurance.

I asked criminal defense attorney Art Goldberg if Congressional cuts to low-cost mammogram services could be considered a criminal act: manslaughter. Or more to the point: womanslaughter.

In a country that doesn’t provide and encourage all women to get mammograms–because there is no health care system to provide them to the millions of women with no health insurance–Congress is committing a criminal act against women. Their refusal to provide funds for preventative kinds of health care aids and abets this crime of Manslaughter, or Reckless Disregard for Human Life.

So what can we do to hold Congress accountable? Vote! Vote for candidates who will fight to support all women’s access to health care–a basic human right.

“To look into the eyes of a woman you know has breast cancer and say ‘I’m sorry, there is nothing we can do’ is an unacceptable option,” says Nancy G. Brinker of the Susan G. Komen Foundation.

Or, to quote a colleague, “Vote as if your life depends on it. Because it does.”