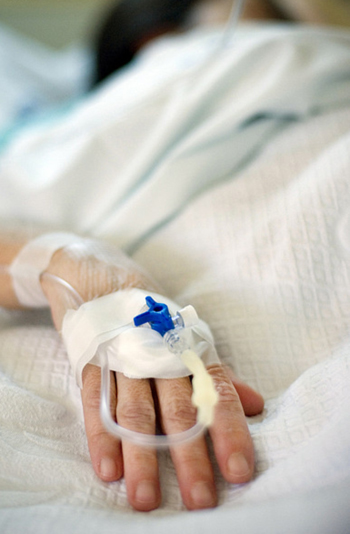 In another sure sign that Congress has neither a plan for, nor the intention of, addressing America’s massive jobs crisis, the U.S. House of Representatives has voted 248-173 to approve HR 358–or what we like to call the “Protect Life by Letting Women Die Act.” That’s right, in the middle of the highest unemployment in decades, the conservative-dominated House is more interested in making sure women don’t have access to life-saving medical care than it is in creating jobs.

Authored by Rep. Joe Pitts (R-Pa.), HR 358 would offer hospitals legal protection for refusing to perform emergency abortions even when the life of the mother is at stake. It would also prevent millions of women from purchasing insurance that covers abortions, or force them to give up insurance they already have that does so, and it would broaden loopholes that allow insurance companies to refuse to cover contraceptives.

The issue dates back to the House’s Stupak-Pitts amendment (co-sponsored by former Rep. Bart Stupak [R-Mich.] ), which attempted to prohibit both public and private health insurance plans participating in insurance exchanges from offering abortion coverage. The “Nelson Compromise,” brokered by Ben Nelson (D-Neb.), that made its way into the final Patient Protection and Affordable Care Act, allows patients to pay separately for abortion coverage from private plans offered through state exchanges, but also allows states to opt-out by passing laws that prohibit their exchanges from providing such plans.

Even that is not enough for anti-abortion radicals in Congress. Despite calls from top Republicans to make the economy the top issue this fall, aides told Roll Call that the 2010 Pledge to America that helped them retake the House required them to take up culture-war issues or be “hit with a bunch of bad stories.” HR 358 is similar to HR 3, the No Taxpayer Funding for Abortion Act, that passed the House in May but was blocked by the Senate. This bill, too, is unlikely to be taken up there. If it is and if it passes, the Obama administration has promised a veto:

The Administration strongly opposes H.R. 358 because, as previously stated in the Statement of Administration Policy on H.R. 3, the legislation intrudes on women’s reproductive freedom and access to health care and unnecessarily restricts the private insurance choices that women and their families have today.

Unfortunately, this didn’t stop the House from wasting time that could be spent on, you know, actually solving problems. I guess political theater is just so much more important.

The measure is part of an effort to both strengthen the Hyde Amendment, which already prohibits taxpayer dollars being spent on abortion, and to weaken the Patient Protection and Affordable Care Act. H.R. 358 goes even further than Stupak-Pitts by prohibiting federal funds from being used even to supplement the purchase of a plan that covers abortion–even when the individual is paying for that part herself through carefully segregated payments. Under H.R. 358, many plans would probably cease to offer abortion coverage at all.

The provision of the amendment that frees hospitals that refuse to perform emergency abortions from even the legal obligation of stabilizing and transferring individuals also creates a direct conflict with the Emergency Medical Treatment and Active Labor Act (EMTALA), which since 1986 has required them to do so. This “conscience clause” would also overturn the recent Health and Human Services Department decision that requires contraception be covered by insurance at no additional cost.

The bill may never become law, but its supporters got their message out. In their zeal to restrict choice, some politicians are ready to let women die.