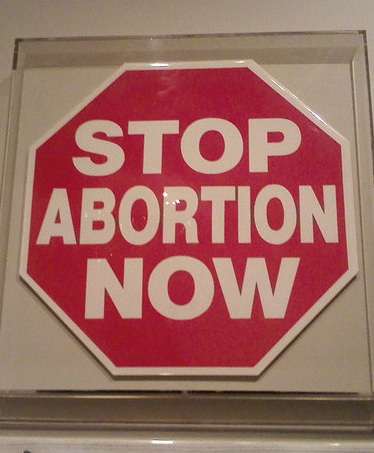 Amanda Marcotte posted an interesting rant at Double X yesterday about the cognitive dissonance between the desire of anti-choice individuals to make abortion illegal and their unwillingness to address the legal issues that would arise if that happened:

The widespread delusion that advocating for bans on abortion won’t mean that abortion is, you know, banned, runs so deep that if you ask a typical anti-choice obsessive how much time women should do for breaking the law they wished existed, they straight up can’t answer the question because they’ve quite literally never thought that banned means banned.

Click the link above and you’ll see what she means–many anti-choice individuals haven’t ever thought about that detail before. It made me think: There are a lot of questions I’d like to ask candidates running for office over the next year.

1. How many years do you consider to be a fair prison term for a woman who has an abortion?

2. How many years for a doctor who performs one?

3. Will the punishments be greater the second time around?

4. Where will the state get the money necessary to prosecute one-third of all American women for this crime?

5. Forty-two percent of women who have an abortion have incomes below 100 percent of the federal poverty level (that’s $10,830 for a single woman with no children, if you’re counting). When women are forced to have children they cannot afford to raise, will those children become wards of the state or simply new Medicaid recipients? Where will the state find the money necessary to support them?

6. Will you be willing to watch your wife die in front of you when her life is threatened by an unsafe pregnancy that no one is allowed to do anything about? Your daughter?

7. Will rapists have to pay child support to women who are forced to have their children?

8. Will the child of incest be in the custody of its rapist father or the father’s teenaged daughter, his mother? In fact, 18 percent of women who have an abortion in America are teenagers. Will they be required to drop out of high school to raise their children or will the state provide free childcare?

9. Will upper-class white women be prosecuted as vigorously as other women who have abortions?

10. You are aware that upper-class white women have abortions, aren’t you?

Help me out here, what else would you like to have asked? The only way to hold people accountable for their views is to question them relentlessly. These people are running for office–ask them what kind of society they envision creating.