UPDATE: Business As Usual in Kansas City and at the Vatican - Ms. Magazine
Skip to content 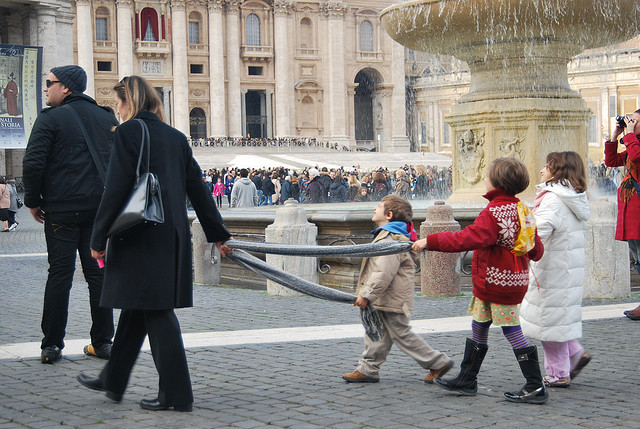 After becoming the highest-ranking official of the Roman Catholic Church to be charged in the priest abuse scandals, Bishop Robert Finn of Kansas City-St. Joseph Catholic diocese has no intentions of standing down. As the Ms. Blog has reported, Finn allegedly had knowledge that one of his priests, Fr. Shawn Ratigan had indecent photographs of young girls on his computer yet failed to alert authorities for months. Ratigan, who pleaded not guilty, is behind bars awaiting trial; Finn, who pleaded not guilty to a misdemeanor, remains free.

According to AP, protesters had called for the bishop’s resignation long before last week’s indictment. Over 700 people joined a Facebook page called “Bishop Finn Must Go.” But a spokeswoman for Finn, Rebecca Summers, said he has “a full schedule of pastoral activities, that will continue and he has no plans to change it.”

In more than two decades since the Catholic Church’s sex abuse scandals came to light, only one American bishop, Cardinal Bernard Law, previously archbishop of Boston, stepped down from his hierarchy position after being accused of harboring sex offenders and not alerting authorities or families. Law had to seek permission from Pope John Paul II more than once before he was permitted to leave. In the case of Finn, Vatican spokesperson The Rev. Federico Lombardi said that the pope would not comment on the case “because there’s a civil process under way.”

Time reported that the news of an American bishop being indicted for failing to report child abuse should have created massive waves in the Vatican–but that hasn’t been the case. Wrote Stephan Faris,

And the papacy that is so quick to come down on questions of celibacy, women priests and the rights of gay Catholics appears to regard the American scandal, involving a priest and what seems to be child pornography, as a matter for local jurisprudence.

The Vatican maintains a wall of hypocrisy. Let’s see it begin to crack under the pressure of justice.

Photo of family outside of the Vatican from Flickr user Trishhhh under Creative Commons 2.0.